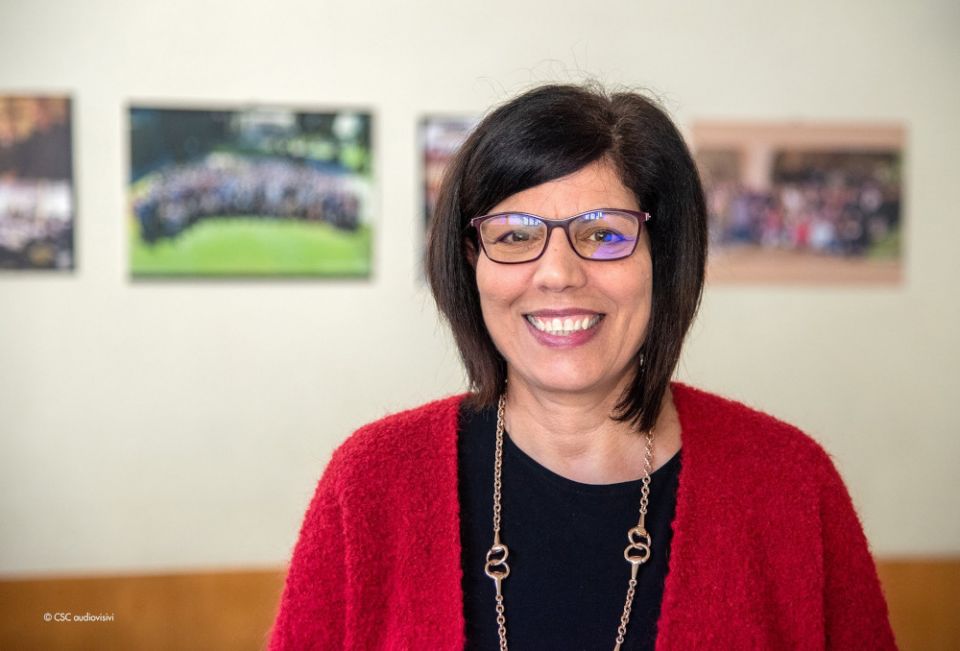 Margaret Karram has been elected to serve as president of the Focolare movement for a six-year term. Karram is an expert in interreligious dialogue who is an Arab Catholic-Christian born in Haifa, Israel. She is pictured in an undated photo. (CNS/Courtesy of Focolare)

Vatican City — Delegates to the general assembly of the Focolare movement elected Margaret Karram, an expert in interreligious dialogue, president for a six-year term.

The election was held Jan. 31 and her appointment became effective Feb. 1 after it was confirmed by the Vatican Dicastery for Laity, the Family and Life.

She speaks Arabic, Hebrew, Italian and English, and her experience includes working with various commissions and organizations dedicated to promoting interreligious dialogue among followers of Judaism, Christianity and Islam, according to the movement's press release.

She worked at Italy's consulate general in Jerusalem for 14 years and since 2014 had been serving as councilor for Italy and Albania at the Focolare's international center; she was also co-responsible for dialogue between ecclesial movements and new Catholic communities.

She and Jewish scholar Yisca Harani received the Mount Zion Award for Reconciliation in 2013 for their work in fostering dialogue between different cultures and religions. She received the St. Rita International Award in 2016 for promoting dialogue among Christians, Jews, Muslims, Israelis and Palestinians.

More than 350 people were taking part in the Focolare movement's general assembly, which was held Jan. 24-Feb. 7 online due to the COVID-19 pandemic. Participants represented different cultures, generations, vocations, churches and religious faiths that are part of the Focolare movement, the press release said.

Karram succeeds Maria Voce, who was in office for two six-year terms. According to the Focolare movement's statutes, the president should always be a woman and be chosen from among consecrated members who have perpetual vows.

Assembly members reelected Feb. 1 Spanish Fr. Jesus Moran Cepedano, 63, to a second term as co-president. The co-president must be a Focolarino priest and his primary role is to support and collaborate with the president.