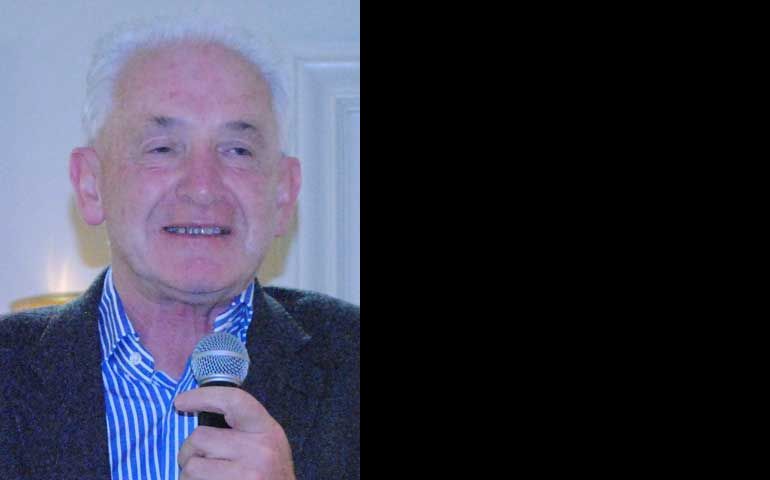 Anger at the "systemic oppression of women within the Catholic church" has prompted a group of 12 Irish priests to issue a statement of protest calling for a free and open discussion of the exclusion of women from decision-making and the priesthood in the church.

In a statement issued on Sunday, Nov. 1, the 12, who include diocesan clergy as well as religious priests, warned that the current "strict prohibition" on discussing the question of women's ordination has failed to silence the majority of the Catholic faithful.

They underlined that it has, however, silenced priests and bishops because the sanctions imposed on those who dare to raise the question are "swift and severe."

The group, which includes some members of the reformist Association of Catholic Priests, said it believes the example given by the church in discriminating against women "encourages and reinforces abuse and violence against women in many cultures and societies."

They highlighted that surveys have shown that a great many people are in favor of full equality for women in the church and all aspects of ministry. They also warned that the current situation is very damaging, and alienates both women and men from the church because they are scandalized by the unwillingness of church leaders to open the debate.

Hegarty was fired in 1994 from his role as editor of Intercom magazine, a liturgical resource of the Irish Bishops Conference, after commissioning articles on clerical sexual abuse, women priests and compulsory celibacy.

Underlining that women form the bulk of the congregation at Sunday Mass and have been more active in the life of the local churches than many men, the priests said they couldn't remain silent because to do so "colludes with the systemic oppression of women within the Catholic church."

A free and open discussion on this issue would strengthen the credibility of the church, they suggested.

Fr. Roy Donovan, a parish priest in the archdiocese of Cashel and Emly, is one of the 12 who signed the petition. He criticized the "massive fear of women" in the church which he said seemed to be "almost irrational at some levels."

Most priests, bishops and cardinals and the pope are "kind of brainwashed into thousands of years of seeing everything through male eyes," Donovan commented.

The priest, who ministers in the parish of Caherconlish-Caherline, added, "I think the synod in Rome has shown up the huge injustice and prejudice towards women. Two hundred and seventy men and not one women voted on matters concerning the family."

He said the synod has created greater awareness among people about how unjust this is.

Flannery, who originally invited priests willing to go public on this issue to contact him, told NCR that the petition was not just about ministry for women but it was also about giving women a role in decision-making. He described the lack of voting rights for women at October's synod as "preposterous."

The priests could potentially face censure by the Vatican as the discussion of women priests has been off limits since 1994 at the instigation of Pope John Paul II.

In their statement, the priests questioned John Paul II's refusal to "facilitate debate on the ordination of women to priesthood or diaconate before he made his decision."

They highlighted that "there was virtually no discussion on the complex cultural factors which excluded women from leadership roles in many societies until recently."

However, a leading member of the Irish hierarchy, Bishop Brendan Leahy of Limerick, moved to downplay claims of women's oppression by the church.

Speaking to NCR after a conference in St. Patrick's College Maynooth on communications, Leahy said decision-making goes on at many layers in the life of the church.

"It isn't as if we don't know expressions of women having decision-making powers in the life of the church," he said and referred to the abbesses who wield authority and jurisdiction in the church.

Leahy, a former professor in systematic theology in Maynooth, is currently overseeing preparations for the first synod in the Irish church in over 50 years. Scheduled for 2016 in Limerick, the synod will bring together over 400 delegates representing all strands of diocesan life.

The diocese has undertaken a listening process as part of the process and Leahy acknowledged that in its consultations the question of women in the church had "emerged clearly."

"We are all working together to understand the role of women in the church," he said. "Clearly women are the backbone of the church -- we all know that. What people are saying is that they want recognition of their role."

For Leahy, there are many ministries in the church in which women are already involved, such as Eucharistic ministers and readers. He also highlighted how women play a significant role around the world as catechists.

"This ministry is one very strongly exercised by women and very often it is a kind of leadership role, certainly in Africa, South America and Asia," he said. "I would say that we will see something akin to that emerging more and more in the Western world."

He said the church was trying to understand the specific role of women where everyone was equal through their baptism and in the light of Vatican II's emphasis on Mary's role in bringing Jesus into the world.

"There is a specific role for women to do with bringing the presence of Christ into our world today in the media, arts, culture, politics -- I think we have to see that much more."

Regretting that "in the past we reduced the church to the sacraments, to priests, to ritual, to liturgy," Leahy underlined that the church is much bigger than that and he sees women bringing it towards an understanding beyond this more limited focus.

"It is a question of understanding more clearly how discernment works in the life of the church which involves bishops but also involves prophetic characters who may not be ordained -- lay men and women. How do they get involved in the discerning moments in the church?"

He suggested that Pope Francis' emphasis on synodality needs to be looked at and may point the way forward.

Donovan would also like to see "different types of ministry arising and more possibilities rather than just one type." But he believes people need to have the space where they can discuss freely and without fear.

"Is the Year of Mercy going to be a year of just observing all the rules and which sees no change? Or can it be a year where full recognition is given to women in the church -- wouldn't that be a marvelous concrete fruit of the year of mercy," he said.