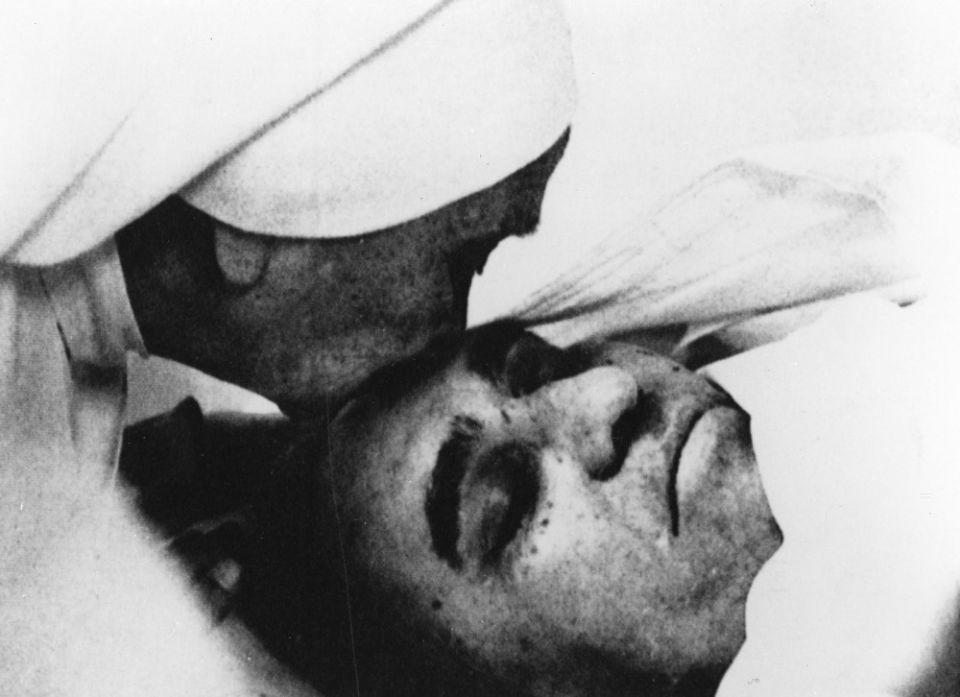 A nun kisses the forehead of Archbishop Óscar Romero of San Salvador at the Hospital of Divine Providence in San Salvador. The archbishop was taken to the hospital with bullet wounds in the chest after being shot by four unidentified gunmen as he celebrated Mass in a chapel March 24, 1980. (Scan of CNS file photo)

Washington — Days after the Catholic Church declared Salvadoran Archbishop Óscar Arnulfo Romero a saint, a judge in El Salvador issued a capture order for a former military captain suspected of killing the religious leader in 1980 as he celebrated Mass.

Judge Rigoberto Chicas issued the order Oct. 23 for national and international authorities to apprehend Álvaro Rafael Saravia, who has for years been a suspect in the killing. He remains at large and is believed to be in hiding. It's not the first time such an order has been issued against Saravia.

He was arrested in 1987 in Miami and has faced a variety of legal proceedings in El Salvador for years that proved fruitless in any meaningful prosecution because of an amnesty law that prevented prosecution of human rights violations by the military tied to the country's 1980-1992 civil war.

However, the 1993 law was thrown out by the country's highest court in 2016 and the case involving the killing of the archbishop was reopened the following year.

On the day before his assassination in San Salvador on March 24, 1980, Romero had demanded that the soldiers stop killing innocent civilians and had advocated for an end to the violence engulfing the Central American country. The conflict went on to last another 12 years, claiming more than 70,000 civilian lives, including the archbishop's.

In issuing the arrest order, Chicas said authorities have sufficient evidence to charge Saravia for participation in the crime. A United Nation's Truth Commission accused another Salvadoran military strongman, Major Roberto D'Aubuisson, a right-wing leader suspected of organizing the country's notorious death squads, of being the architect of the archbishop's assassination. D'Aubuisson died of cancer in 1992 and was never charged.

The arrest order comes nine days after the archbishop was declared a saint in a ceremony at the Vatican on Oct. 14. María Luisa de Martínez, D'Aubuisson's sister and a founder of the Archbishop Romero Foundation, attended the canonization.