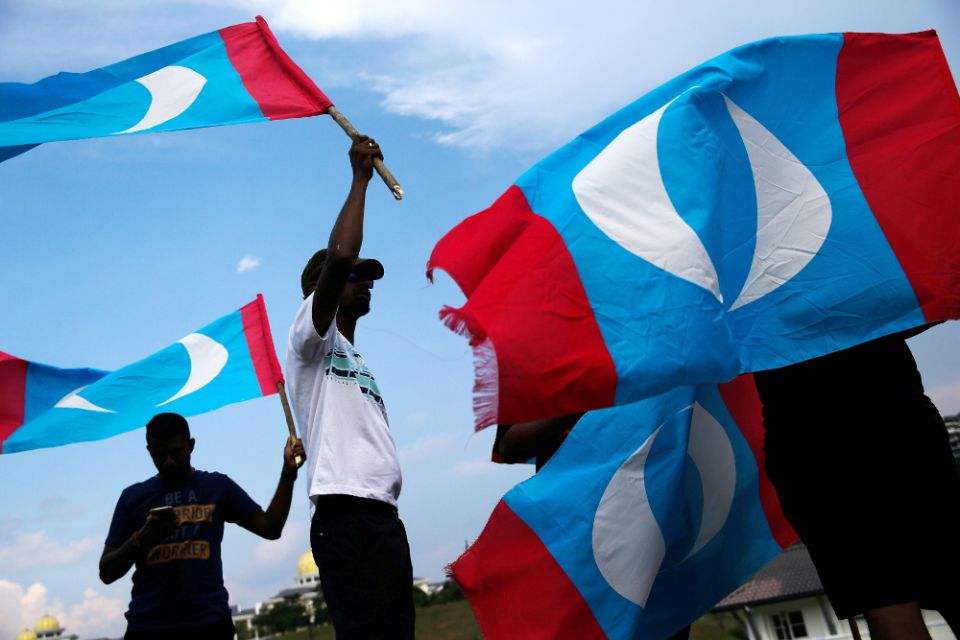 Supporters of Mahathir Mohamad are seen outside of the National Palace in Kuala Lumpur, Malaysia, May 10, one day after general elections. (CNS/Reuters/Athit Perawongmetha)

Kuala Lumpur, Malaysia — Malaysia's bishops have broken their collective silence following the May 9 win by the Mahathir Mohamad-led opposition, calling it a golden opportunity to set the nation on a new course.

The ousting of the corruption-tainted government of Najib Razak spelled the end of a six-decade ruling coalition dominated by the United National Malays Organization.

The bishops thanked God for a relatively peaceful election and expressed gratitude for an electorate that had come of age. They called for people to continue to pray for Malaysia, ucanews.com reported.

"To all the election commission officials, the polling and counting agents, the thousands of volunteers and responsible citizens assisting in the background, 'syabas' (well done) for an almost incident-free election," the bishops' May 16 statement read.

Bishop Sebastian Francis of Penang is president of the Catholic Bishops' Conference of Malaysia, Singapore and Brunei.

"We have witnessed humility and the seeking of forgiveness for past mistakes," the bishops said.

"We have seen reconciliation offered and received; observed graciousness in defeat; and a love for peace and harmony for this country."

The statement added that the election was an opportunity to increasingly put into practice the values of the Gospel.

"We must pray for healing and unity among all of us," the church leaders said, calling on Catholics nationwide to offer prayers and services to ensure the country's peace is maintained.

In recent decades, government rule and services in the multi-ethnic, religiously diverse but Muslim majority country has become increasingly tilted in favor of ethnic Malays who overwhelmingly are followers of Islam.

Catholic bishops in the eastern states of Sabah and Sarawak, led by Archbishop Wong, have voiced growing concern over the Islamification of provinces that were once majority-Christian.

The opposition was only able to win after a significant number of Malays joined most other ethnic minorities in voting against the Najib regime, reducing its vote from 50 percent five years ago to 36 percent.

It remains to be seen whether the incoming government, initially to be headed by 92-year-old Mahathir, will set out to stem overt Islamification.

Mahathir, a former long-serving prime minister, is expected eventually to hand over the post to veteran politician Anwar Ibrahim, who originally entered politics as an Islamic student leader.

Francis calls World Council of Churches to be more missionary