In the memory of horror and pain, Salvadorans overcome massacre with faith 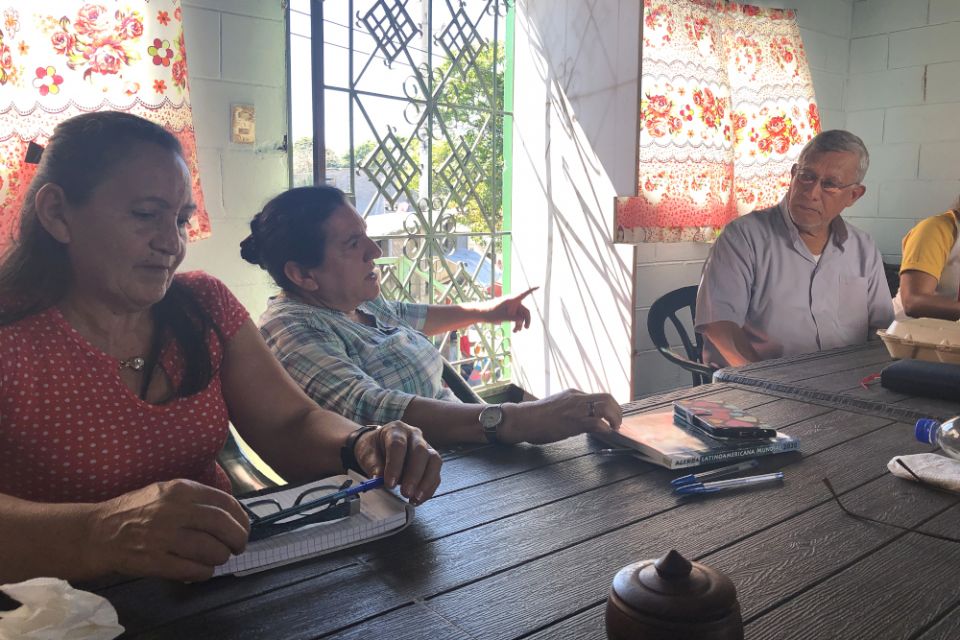 San Jose Las Flores, El Salvador — They greet each other like family members who haven't seen one another in a while, a big smile when one of them walks into the room.

Felipe Tobar talks about his uncle, quiet and tall, a man "who loved to go to Mass." Miriam Ayala talks about her 16-year-old sister who used to sing with her in a hammock. She was shot that day, her body carried away by the river.

When they began meeting almost 10 years ago, said Julio Rivera, 48, it was as if they'd always known one another, even though for many of them, their only shared history was a horrific event: survivors of a massacre where many children were among the more than 600 killed or driven to their deaths into a river by Honduran and Salvadoran government forces, the two countries that straddle the body of water known as the Sumpul.

Some of them, like Rivera, were children back then. He was just 8 and, accompanied by his 60-year-old father, he managed to dodge bullets and cross the waters of the Sumpul (pronounced soom-pool). By then, his mother and brothers all had been killed, and he and his father were the last of the family.

The place where the Rivera family lived, the department of Chalatenango, is a rural region in the northernmost part of El Salvador, where government officials periodically carried out brutal attacks on the peasant population, killing, raping and pillaging the rural towns, justifying the actions by saying the residents were rebels or rebel sympathizers.

The Sumpul River massacre isn't the only massacre Rivera and others in the group survived, it was just the most brutal one.

Chalatenango is said to have been the setting of more than 50 such mass killings during the country's 12-year civil conflict, and almost all of the Sumpul survivors lost family members in other attacks. The Sumpul River massacre, however, is the most well-known in the department, though little is spoken about it at the national level because, even today, its remote setting, deep inside a mountainous area, makes it difficult for many to access the site where it happened and where annual commemorations take place.

Survivors say on May 13, 1980, the day before the massacre, hundreds of armed soldiers on the Salvadoran side of the river began invading towns around the Sumpul, driving terrified residents toward the river, toward a demilitarized zone known as Las Aradas, a hamlet on the riverbank where locals regularly had flocked to seek safety.

Soldiers on the Honduran side, in the meantime, began combing for Salvadorans who had been hiding in the brush near their side of the border, driving them, too, toward the Sumpul. At 7 a.m. the next day, when soldiers on both sides had trapped a large group of peasants in a perimeter, they opened fire on them. Some died by bullets, as the assault included an attack from two helicopters, with soldiers shooting from above and members of a paramilitary group on the ground. Some victims, including many children, drowned in the river because they couldn't swim and were carried away by the current. 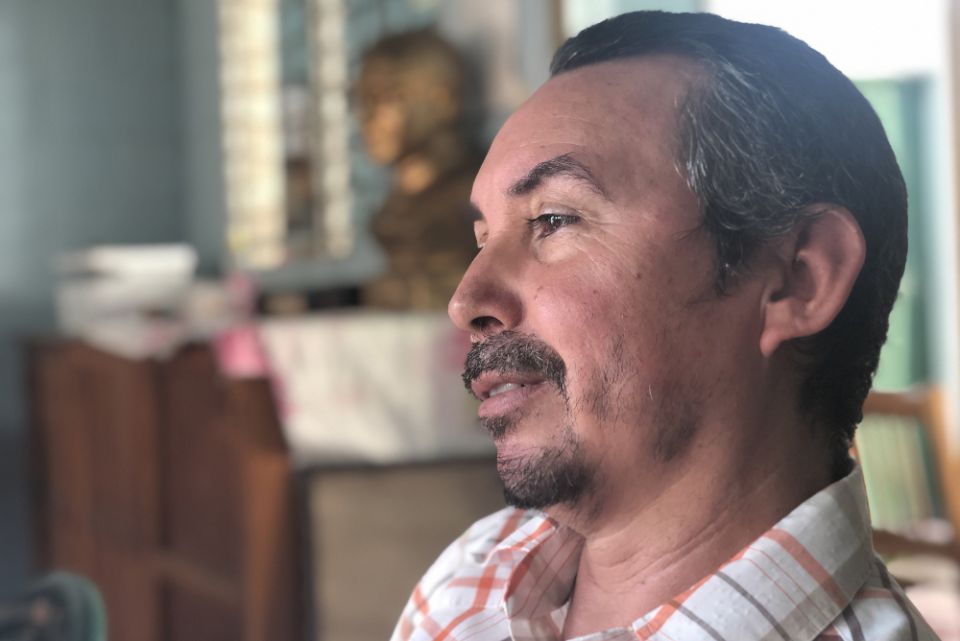 When Rivera and his father managed to hide in thick brush, it proved to be a front seat to "barbarity," he said. He remembers watching soldiers order the men to line up, then opened fire on them. Children were taken from the arms of their mothers and some babies thrown in the air and caught on the way down on bayonets, he said.

"We could hear the women scream, crying, asking for clemency, 'Kill me but not my children,'" Rivera said in a January interview with Catholic News Service.

While still in the brush with his father following the massacre, he remembers seeing dogs in the distance and being horrified when he realized that what some of them were gnawing, along with vultures that had descended on the river, were the remains of the dead.

"Dead, dead, dead," for as far as you could see, was what Rivera said he remembers about the river that day.

Forty years after the killings, no one has been convicted of the crimes.

"Sometimes I get demoralized," Rivera said, but then he remembers what St. Oscar Romero, El Salvador's first saint, had suffered. The saint was fatally shot as he celebrated Mass March 24, 1980, seven weeks before the massacre.

"Those of us who have faith have that advantage," he said. "We hold on to God with all the strength we can. When you read the Gospels and you see all that the apostles suffered, what our martyrs like Romero went through, then you say to yourself, if they were capable of going through all of that, I can also go on. If they could overcome all of those difficulties with the help of God, I can, too."

Faith is a strong pillar to lean upon, he said, and "it really helps me to overcome this reality."

After all, suffering has taught him to put solidarity into practice, he said.

"When you read the Gospels and you see all that the apostles suffered, what our martyrs like Romero went through, then you say to yourself, if they were capable of going through all of that, I can also go on."

In a particularly low moment after the massacre, he remembers being so hungry that when he and his father came across bread that had been strewn on the street, he threw some sticks at a group of hungry dogs eating it, so that his father and others could get their hands on it.

"That moment marked me," he said. "To be fighting over bread with dogs. We didn't care that it had dirt on it, that it had (the dogs') saliva on it, that it had been on the street. We were so hungry. I remember the solidarity of those times when there was no food, and once finding a (big piece of candy made from sugar cane), splitting it with a rock and sharing it with happiness, happiness and profound satisfaction."

But 40 years later, survivors are drawing on that solidarity and their experiences to call the perpetrators to justice. Though their annual commemoration was postponed because of the coronavirus pandemic, they will go online to draw others to hear the truth of what happened to them and their loves ones along the river that May 14, participating in a Mass the Diocese of Chalatenango will air via radio.

"You can't explain it to yourself ... but having lived through the same history, having been through the same Via Crucis (as survivors), it made us feel as if we'd always known each other. It's something beautiful," Rivera said. "We are convinced that if this history is forgotten, that if the facts of what happened are forgotten, this will be repeated.

"We stand for peace. We stand for justice and that means fully understanding the brutality of what happened so that those things that took place, won't be repeated ... and we're convinced that true peace is only possible if there's justice and truth, and that's what we're after."

World | In the memory of horror and pain, Salvadorans overcome massacre with faith

Doing the work of justice with a bias for the marginalized