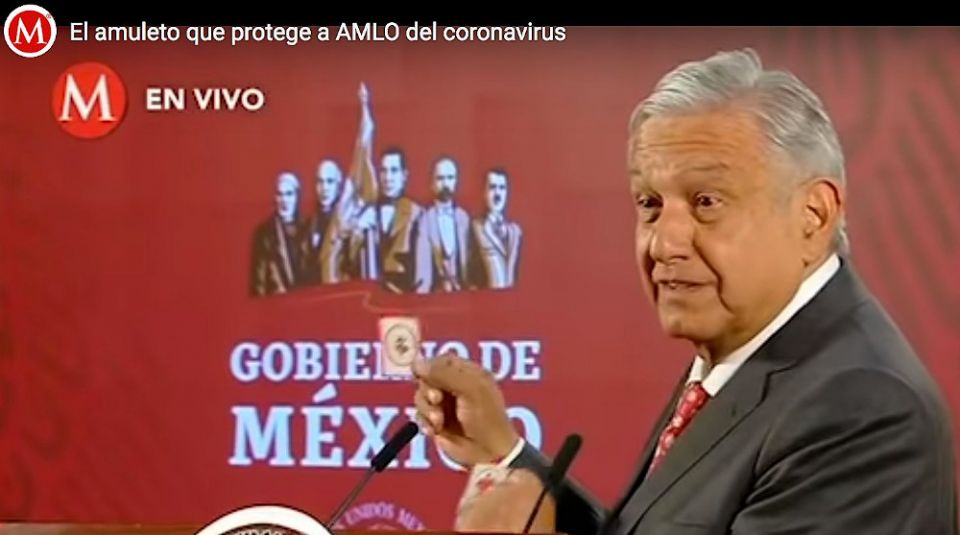 Mexico City — Mexico's electoral authority ordered the president to remove a political ad that referred to Pope Francis and the Gospel.

Mexican politicians previously avoided public professions of faith and appearances with prelates. Secularism, meanwhile, became a sort of ethos for the political class.

Those norms have eroded in recent decades and López Obrador — elected on an anti-corruption agenda and promises to "moralize" public life — has embraced a discourse of values. He also often cites Scripture in his news conferences and even pulled a pair of images of the Sacred Heart of Jesus from his wallet.

López Obrador also christened his political party MORENA, a reference to the national patroness, Our Lady of Guadalupe. He has been coy about revealing his own religious affiliation.

In his ad, López Obrador said, "Pope Francis has said helping the poor is not communism, it is the center of the Gospel."

He continued, "We have clean consciences and enormous joy of helping the poor, the neediest and the dispossessed."

The complaint against the ad was jointly filed by the López Obrador's former Democratic Revolution Party and the National Action Party, which previously fended off accusations of using Catholicism to win votes.

López Obrador, who self-describes as left-wing, has previously referenced Pope Francis to promote a platform that he says "puts the poor first." At one of his morning news conferences, he highlighted an April 6 tweet from the pope: "We will be judged according to our relationship with the poor."

"We forget the Gospel or we're not consistent," López Obrador said. "Why put the poor first? For humanism, for solidarity."