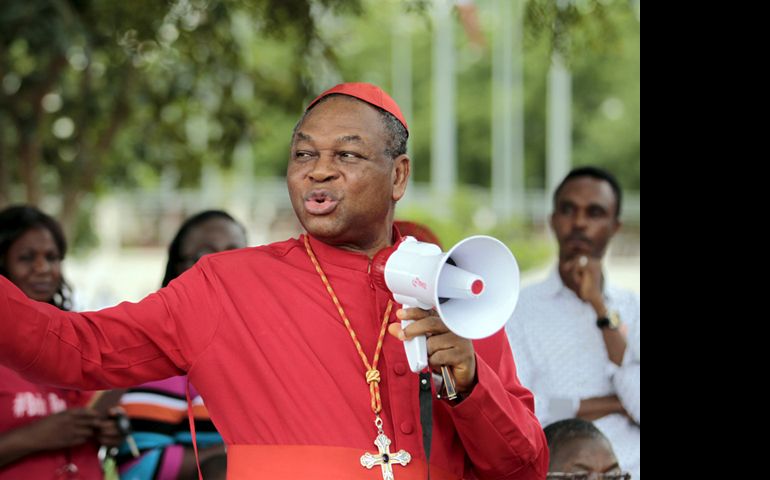 The Catholic archbishop of Abuja, John Onaiyekan, addresses Bring Back Our Girls campaigners during a protest procession marking the 500th day since the abduction of girls in Chibok, along a road in Abuja on Aug. 27, 2015. (Reuters/Afolabi Sotunde)

The lives of clergy are known to be difficult, but in Nigeria they are often dangerous, too.

Last week, gunmen shot at a car carrying Roman Catholic Cardinal John Onaiyekan in the country's southern Edo state. The cardinal was returning home after attending the 10th anniversary celebrations for the Uromi Diocese. He was unharmed.

"The government needs to do more to make our public roads safe," Onaiyekan wrote in an email on May 3.

The attack on the cardinal comes amid increasing violence and kidnappings of clergy for ransom in the West African country.

And only last month, The Punch newspaper reported that the decomposing body of a cleric kidnapped in northern Nigeria in March had been found.

Onaiyekan said he believed the attackers were not targeting him personally, since they shot at other cars on the road, where many attacks were known to occur.

Catholic Bishop Donatus Ogun of the Uromi Diocese had earlier issued a similar statement, saying the people of Edo state were living in fear of the criminals and their lives and property needed to be protected.