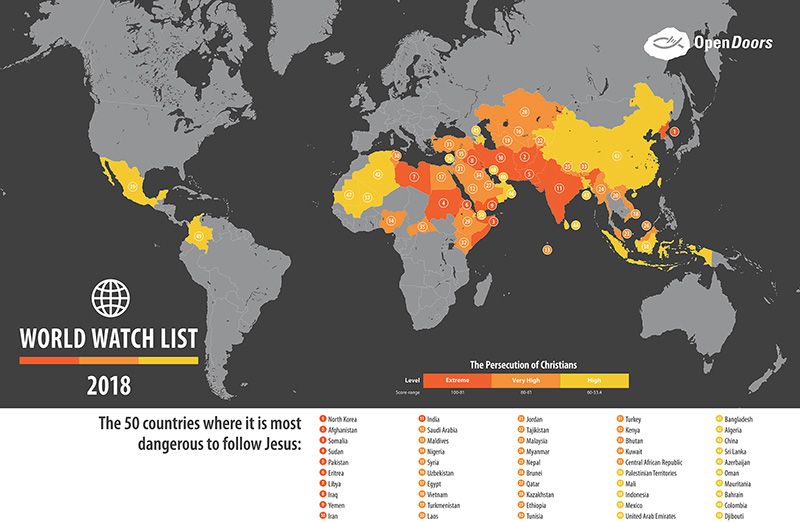 For the 16th year in a row, North Korea tops the list of 50 countries ranked for the worst persecution of Christians in the world, according to the Christian watchdog organization Open Doors USA.

A close second is Afghanistan, which jumped up one place since last year's ranking. With the exception of North Korea, all the countries that cracked the top 10 are predominantly Muslim and most are in the Middle East and Africa.

"Open Doors exists to support and to advocate for persecuted Christians where ever they may be in the world," Open Doors USA's CEO and president, David Curry, said in announcing the list in Washington on Wednesday Jan. 10. "We are asking that the world begin to use its power and its influence to push for justice, that we would use the list to direct us where justice is needed most in the world today."

Curry also highlighted three trends Open Doors identifies as persecution against Christians — the rise of "rogue agencies" such as the Islamic State group and the North Korean government; "Islamic extremism"; and actions such as rape and forced marriage.

The list is compiled annually by Open Doors, whose researchers assign a point value to incidents of persecution — forced conversions, attacks on churches, arrests, etc. Open Doors has published its list for 26 years.

The group's top 10 countries where Christians face the most persecution are: 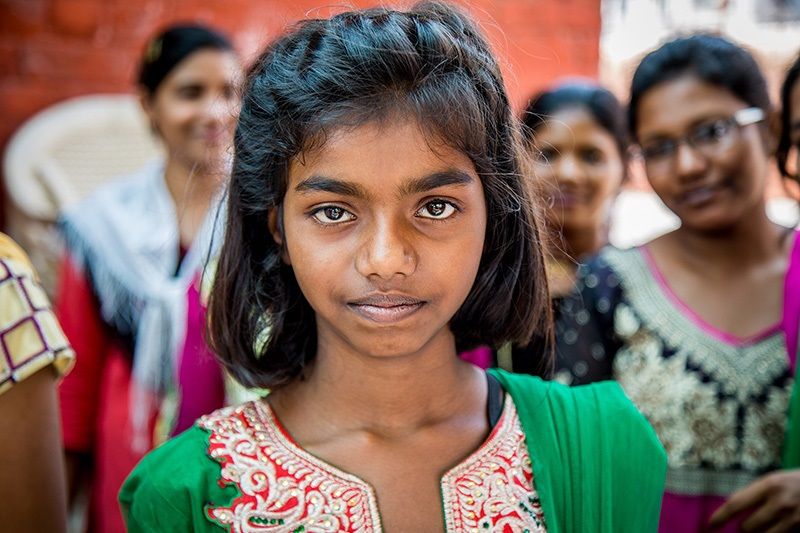 A Christian girl in India, 2017. (Courtesy of Open Doors USA)

Just below the top 10 is India, where rising Hindu nationalism has increased persecution of other religious groups.

Not on the list of the 50 countries where Christians face the worst persecution: the United States.