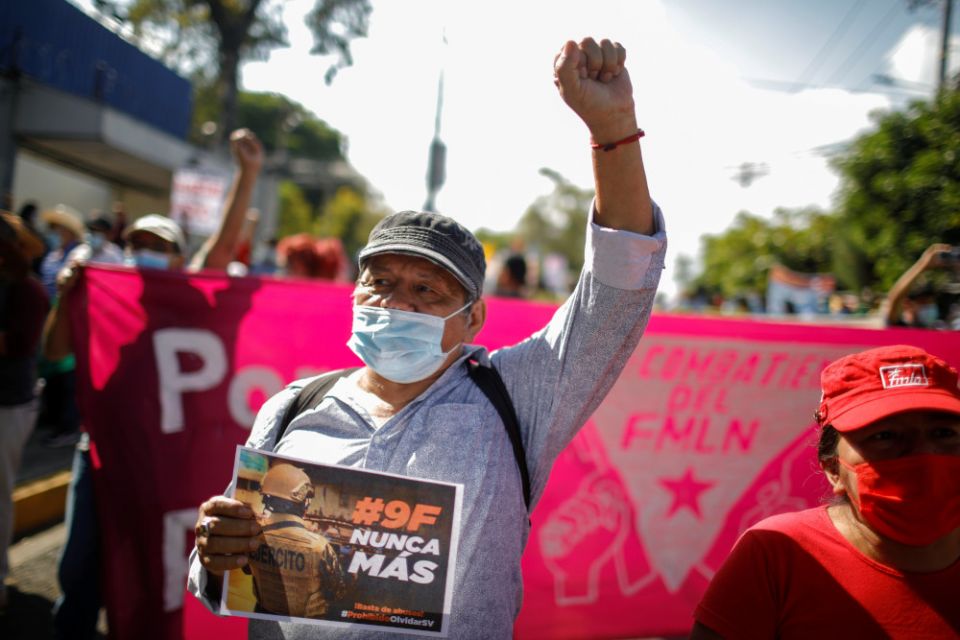 San Salvador — El Salvador's bishops called on citizens to show the best Salvadoran society is known for — faith, hard work and solidarity — not the rancor and violence on display during the last days of one of the most contentious political campaign periods in the country's recent history.

"We are people who have earned the respect of those who admire us for the virtues that enhance us, such as the sense of family, love of work, strength in the face of adversity, great capacity for solidarity and our deep faith in God," said Bishop Constantino Barrera Morales of Sonsonate, reading part of a statement the Salvadoran bishops' conference published Feb. 9, less than three weeks before the country's Feb. 28 legislative elections.

"But the Salvadoran family is currently going through a deep crisis, aggravated by the pandemic and the hostile climate that reigns in El Salvador. It seems that we have been losing our identity and we have allowed ourselves to be contaminated by the anti-values that are destroying the best in us as people and as a national community," Barrera continued.

Anyone picking up a newspaper, turning on the radio or turning to social media is exposed to the message of intolerance transmitted, carrying out what some political leaders want voters to consume, the bishops' message said.

Nowhere is that more on display than in television commercials and social media where allegations of bribery, corruption, scenes of violence and all forms of accusations make up a good part of the daily media diet Salvadorans are consuming before they cast ballots.  Some say the consumption of those angry messages is what led to the killings of two Salvadorans in late January; they were shot while riding in a truck decorated with colors and insignia following a rally by one of the country's two major political parties. 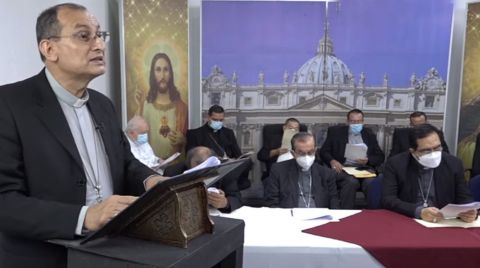 "As pastors of [these] noble people, we regret that this campaign takes place in a climate contaminated by lack of dialogue, lack of respect for the adversary, intolerance and contempt," said Bishop Oswaldo Escobar Aguilar of Chalatenango. "We have the right to live in peace. The current situation contradicts this project of God."

The bishops encouraged Salvadorans to get to know the faces and proposals of the different candidates on the ballots to make an informed decision.

"Behind those faces, there are people with virtues and defects, with greater or less interest in the search for the common good of the Salvadoran community, especially the poorest and most excluded," said Bishop Miguel Moran Aquino of Santa Ana. "It's important to get to know that principles and values that guide their lives as people and as politicians."

The message, titled "We are Brothers and Sisters," made reference to Pope Francis' encyclical by a similar title in Italian, "Fratelli Tutti," which was widely referenced in the message.

Cardinal Gregorio Rosa Chávez said that for El Salvador to move forward, it needed to take a sincere look at its past, marked by poverty, marginalization, injustice and disregard for human rights, as well as by the different forms of violence that tore apart the country's social fabric "until reaching the madness of a fratricidal war."

Rosa Chávez referenced the country's 1992 Peace Accords, which ended the civil conflict that made possible El Salvador's nascent democracy, one that many fear has been fractured by the recent political violence.

"We invite you all to unite in prayer, invoking the grace of God for our country, that God grant our people to choose [political leaders] in an environment of harmony and peace, the appropriate people, those who can best legislate in favor of all Salvadorans and in defense of their rights," he said. "We invoke a special blessing from God for all Salvadorans, through the intercession of the [Mary] Queen of Peace and St. Oscar Romero."

During a news conference Feb. 7, San Salvador Archbishop Jose Luis Escobar Alas called for an end to the bloodshed and to the discord, appealing to the leaders of political parties to guide their members and followers toward peace and to teach them to see others as political adversaries, not as enemies.

He said the Catholic Church in the country has been asking politicians for a long time to "lower the volume of the verbal aggression," expressing worries about the violence that has been unleashed against civilians just for expressing their political preference.

"I remember I said that aggressive words could lead to violence, physical and material, and it looks as if that has happened," he said. "It's evident that it's happened ... and it's reprehensible."