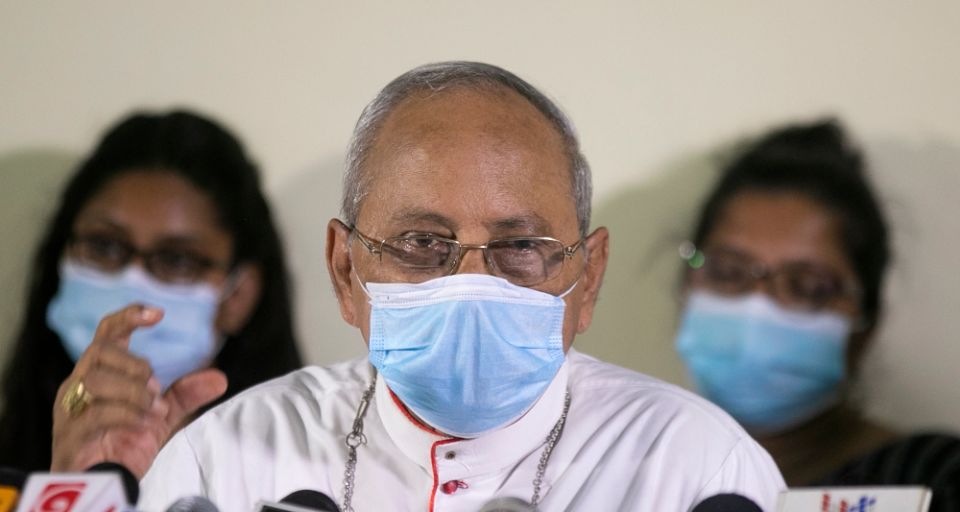 Archbishop of Colombo Cardinal Malcolm Ranjith said Tuesday that the church has been given part of a presidential commission's report into the coordinated suicide bomb attacks on April 21, 2019, but many questions remain about its findings.

"The most important requirement of the commission has not been fulfilled," Ranjith told reporters. "The misdirection is that instead of concentrating on ... finding the people who were directly responsible for this sad event, the focus has gone in the direction of whether those in power at the time fulfilled their responsibilities or not," Ranjith said.

A power struggle between the then president and prime minister which led to a communications breakdown and a resulting lapse in security coordination is said to have enabled the attacks, which occurred despite prior foreign intelligence warnings.

Church leaders have asked their congregations to attend Mass on Sunday dressed in black. Church bells will toll at 8: 45 a.m., the time of the near-simultaneous attacks, and special prayers will be offered for justice for the victims.

Two local Muslim groups that had pledged allegiance to the Islamic State group have been blamed for the attacks at six locations — two Roman Catholic churches, one Protestant church and three top hotels.

Of those killed, 171 were attending Easter services at Catholic churches. More than 500 people were wounded in the attacks.

Ranjith said the mandate of the commission was to find the people, sources of funding and supporters behind the attacks, but such details were not in the report. He said the church expects the government to carry out a further investigation with vigor.

"We want to stress that if there is no concrete action with regard to finding answers to those questions ... we will be forced to call upon the entire nation to protest on the 21st of April, the second anniversary of the bomb attacks," he said.