USSR stamp featuring the Trinity or the "Hospitality of Abraham," by Andrei Rublev (Wikimedia Commons/Matsievskz)

Everybody is bustling, getting ready for Christmas. Did you ever wonder what the preparations for the first Christmas looked like from the vantage point of eternity? We have countless depictions of the Nativity, but images of the Trinity that go beyond shamrocks and geometric figures usually depict one old man, one young one (maybe on a cross), and a bird. We rarely see any image intimating that they can communicate, much less make plans together.

Today's reading from Hebrews invites us to think about the Trinity's own Christmas planning session. Perhaps the best visual image we have for this comes from the Russian iconographer Andrei Rublev. His famous icon, usually described as the Trinity or the "Hospitality of Abraham," depicts three figures seated together at table, gently but deeply involved in one another. Let this be in the back of your mind as you listen to Christ talking about the plan of the Incarnation.

Christ looks to the Father and says, "Sacrifice and offering you did not desire."

That may be fine as a discussion point in heaven, but it throws a mighty wrench into humanity's religious practices! From the Genesis story on, humans have used all sorts of sacrifices to make the gods or their God happy with them.

As if to be sure that we in the audience hear the message clearly, Christ repeated the same message in other words: "In holocausts and sin offerings, you neither desired nor delighted in."

That debunked centuries of religious practice. It undermined the entire economy of the Temple. It separated Christ and his followers from all religious traditions based on trying to buy God's favor. 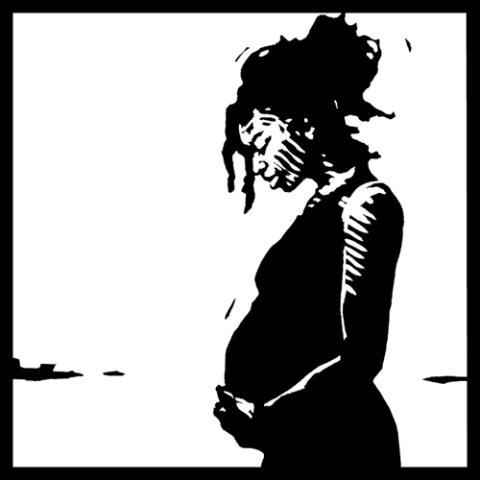 This is why people during the first centuries thought of the Christians as atheists. They refused to propitiate the gods. Those who believed in those gods knew how dangerous that was: It could bring on really bad luck. But much worse, refusal to sacrifice signaled that the religion of the Christians had nothing to do with fear and that meant that nobody could control them. That was a dangerous brand of atheism.

When we go back to heaven's planning session for the original Christmas pageant, we need to listen to more of what was said. Christ says, "Sacrifice … you did not desire, but a body you prepared for me."

Christ is connecting the Incarnation with creation itself! He is saying that God's rationale for creating was always to share life, to communicate. The reason for the Incarnation was to re-emphasize that.

Finally, Christ's dialogue begins to sound like his mother as he says: "Behold, I come to do your will." That is only a slight variation on "Behold, I am the handmaid of the Lord, may it be done to me according to your word."

This reading from the Letter to the Hebrews comes between Micah's prediction that a savior will come from the little town of Bethlehem and Luke's story of the meeting between the two expectant mothers, Mary and Elizabeth.

These three readings communicate an element of the unexpected: A long tradition of sacrifice is demoted as a religious practice; Jerusalem is skipped over and a nowhere town is hailed as the place that will provide the savior; and women become the major actors in the story of the beginnings of the new covenant. The divine planners' Christmas surprise had a variety of dimensions!

After we have allowed our imaginations to wander through the scenes Hebrews and the other readings set for us, we can ask what it all tells us about our own celebration of Christmas 2,000 or so years after the first one? Our Psalm response this Sunday is "Lord, make us turn to you, show us your face and we shall be saved." That may provide the key to the question of how to prepare for another celebration of the Nativity of the Lord.

It is one thing to look at the crèche set, to sing "O Little Town of Bethlehem," or to picture the scene of joy as Mary and Elizabeth meet, but the point of it is to ask what they show us about Emmanuel today.

Pope Francis echoes Hebrews' message when he calls us to say "a firm and clear no to violence." The story of Bethlehem reminds us that God approaches us through the seemingly most insignificant. Elizabeth's song and blessing of Mary and their parallel pregnancies remind us that we are created for joy and that we will find it to the extent that we join Mary and her son in saying, "Behold, I come to do your will."

A version of this story appeared in the Dec 14-27, 2018 print issue under the headline: Preparing for Christmas.