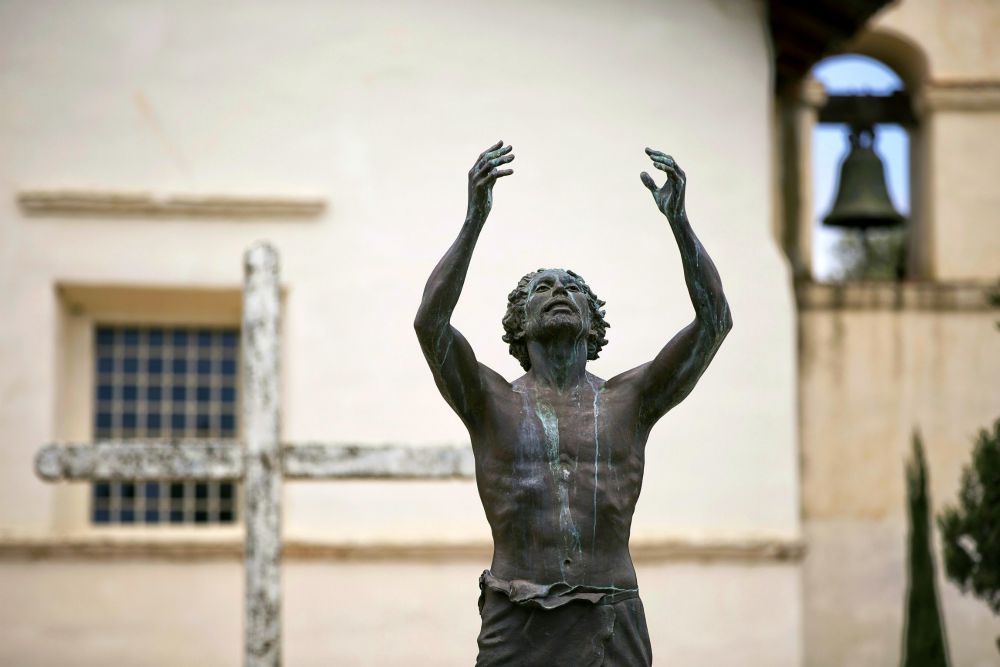 What's not to love about John the Baptist? Frankly, just about everything if you happen to be the object of his acidic critiques. But John was a big hit among certain folks. Matthew tells us, "Jerusalem, all Judea, and the whole region around the Jordan were going out to him."

The first targets of John's wrath were the Sadducees and Pharisees, folks who were traditionally enemies of one another. The Sadducees, aristocrats who held high positions in the priesthood and had incomes to match, saw John as an abomination. They were fundamentalists, accepting only the teaching of the Torah, the first five books of the Bible, and insisting on Temple worship. The Pharisees, theological liberals, interpreted the Scriptures and promoted the study and worship that could happen in synagogues. They promoted something like a priesthood of the faithful.

Their exclusionary attitudes were the main thing the two groups had in common. They saw themselves as special and righteously looked down on others. While they took pride that their lineage and religiosity put them on the right side, John fulminated: "Don't count on it! These rocks have done as much as you have to act like Abraham's children."

John's lumping them together as a brood of vipers was sufficient to bring them into that uniquely inhuman coalition forged by shared hatred for the same scapegoat. Like Jesus, John would be found guilty of telling the truth.

John's preaching was simple: "Repent!" That meant, "Admit that you've gotten it wrong, and make ready for something to come, something bigger than you anticipate; a humiliating dip in the cold river announces that you're waking up to it." John's message treated liberals and conservatives as equally in need of a dunking.

John fit the classic mold of a prophet. He dressed like Elijah and his diet of locusts and honey, odd as it sounds, was not only kosher, but actually appetizing to people of some cultures. John's message offered hope to certain people. When he called everyone to change, the people who lived nightmares of oppression and exclusion heard an invitation to dream of something better. They craved not only personal transformation, but also a transformed, just society.

That was what John promised: "The axe lies at the root of the trees. Things are going to change from the ground up. Someone is coming who will set the world on fire!"

John did his part to set his people on fire. Much as his enemies would have liked to deny it, his message came straight from the Hebrew traditions of wisdom and prophecy. The wisdom psalms were replete with pleas that the king would exercise God's judgment. Isaiah foretold the coming One whose justice would put an end to natural enmities. The One whom God would send would be known for wisdom, compassion and strength. His brand of knowledge and loving reverence for God would be contagious.

Matthew tells us that John had plenty of fans who loved him and his message. These folks weren't famous for their religiosity; perhaps they could hardly recite much more than a basic prayer or two. John appealed to them because he announced something different. He made sure that everyone who heard him knew that being on his wavelength didn't leave them pious in the sky; he demanded faith and hope that had real consequences.

As we hear about John today, we might try to imagine ourselves among the crowds. With whom would you identify? Are you with the conservatives who think they know God's truth and are clear and strict in its moral demands? Are you with the politically correct liberals who strive to be pure, adjusting moral demands to the times, all the while enjoying the certainty that comes from ongoing in-group prayer?

Representatives of the least respected people probably won't be reading this article. The ones who would have been John's ardent followers are out begging on the streets or protesting climate change; they may be marching for LBGTQ rights, starting alternative farms or vegan restaurants, joining volunteer groups, or doing something else that make Sadducees and Pharisees alike shake their heads. Most of us have a foot in more than one group.

John proclaims that Advent is a wake-up call. Like it or not, we can't ignore his message.

Today's Scriptures force us into a choice: Either we confess that we're part of the problem and take the plunge to work for a really different future, or we hang on in the style of the Sadducees or Pharisees. If we ignore John and his crowd, we're not likely to recognize where Christ is working today.

A version of this story appeared in the Nov. 29-Dec. 12, 2019 print issue under the headline: Change from the ground up.