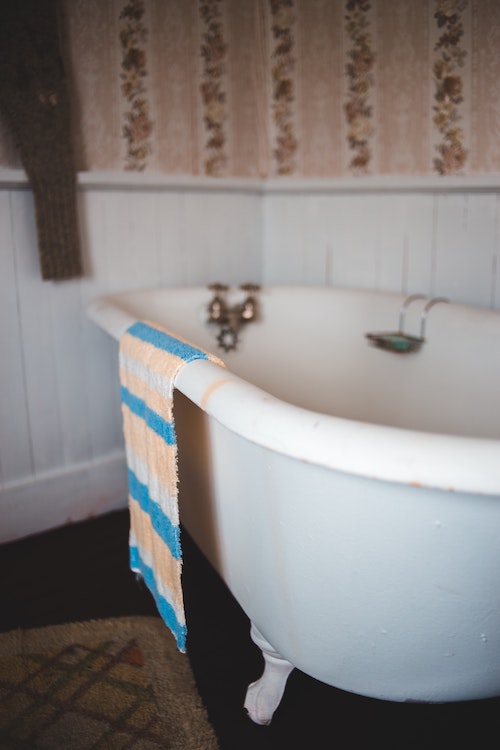 I'm usually behind the curve when it comes to knowing anything about the latest trending wildly popular series. Rarely do I sit down to watch anything on a screen.

Maybe that will explain why I'm only on Season 1 of the excellent series "Call the Midwife," circa 1950s in poverty-stricken East London. You'll have to dig deep to recall the Christmas special from 2012, a story about an unwed teen abandoning her newborn on the convent steps. But it's the scenes around another character — the widow Mrs. Jenkins — that bestows my unexpected gift.

Years earlier, newly widowed with five children to feed, Mrs. Jenkins had made the excruciating decision of turning herself and her brood over to the "care" of one of England's notorious workhouses. All of her children died there, malnourished and mistreated. "They didn't thrive," she told Jenny Lee, the midwife/nurse sent to care for her in abominable living conditions. 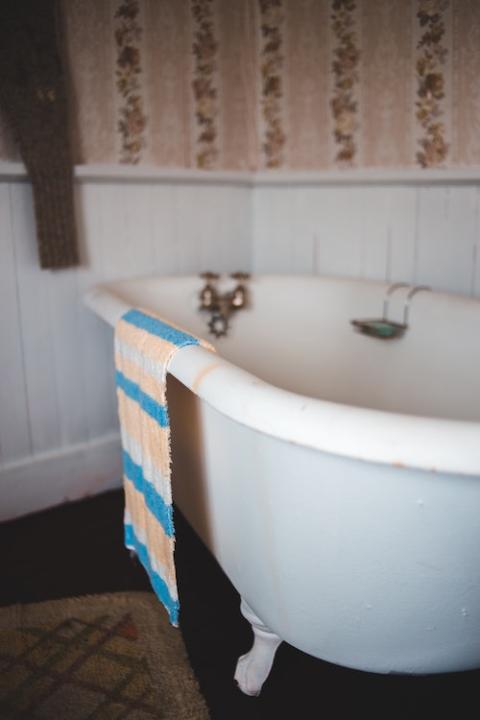 Mrs. Jenkins has clearly neglected her hygiene and health, and in one particularly moving scene, Nurse Jenny, joined by Sister Evangelina, comes to her home to bathe her. Like a silent intruder, I watch as Jenny and Sister Evangelina attempt to remove Mrs. Jenkins' shoes, stuck to her feet after all these years, and tenderly disrobe her for her bath. With her thin, naked back exposed, "O Come, O Come Emmanuel" plays over this intimate undertaking. Surely this is God dwelling with us and in us, so evident by the love and care with which these two women lower Mrs. Jenkins into the bath, cover her frontal area as they sponge her back so that she will not feel any shame or discomfort. She appears wide-eyed in disbelief over what they are doing for her.

I weep. This selfless act strikes my heart open. No doubt because it's achingly beautiful.

But something more. Something deeper that I can't yet express or identify. The removal of Mrs. Jenkins' shoes, the tender touches the two women applied to her body. The water and washing. The one who had difficulty accepting and receiving such care. It's all so familiar.

It takes a few days before this scene reveals its personal significance. Before another tender scene involving water and washing surfaces in my memory. A scene involving someone who also had difficulty receiving. My husband.

It's January 2009. David is cashing in on a silly gift I'd given him for New Year's Eve: a handwritten, magic marker-colored I.O.U. from me for a foot bath and massage.

David was the serious one in our relationship. I was the let's-find-some-new-adventure half of our marriage. While he provided stability and focus, I dabbled in creativity and wonderment. Knowing that he would ignore this holiday, let it pass without any fanfare, as he would have so many others if not for me and our son, I decided to come up with a novel idea. Create a stack of I.O.U.'s, each one a personal treat: a free backscratching, dinner at his favorite restaurant, homemade breakfast any weekend. He chose the foot bath and massage first.

It'd be an understatement to say I was surprised. David, agreeing to such indulgent treatment? David, the guy who could barely handle receiving attention on his birthdays?

But I was grateful. Grateful for this opportunity to lavish him with care.

And months later, I would be grateful for this memory.

As I prepared the foot bath, David sat waiting quietly in his favorite easy chair. He wore his terrycloth robe — the one article of clothing I would hold onto longer than anything else he'd owned, as if his scent would never fade. I placed the footbath on the carpet before his feet, the warm water sloshing around, awaiting his stillness. Silently, I lifted first his right foot and then his left into the bath. Their tough exterior already appearing to soften in the lucid liquid.

And now, this man, this devoted husband who'd given me so much through our years together, allowed me to kneel before him and lovingly wash and caress his tired feet. To gingerly massage his toes, bent and inflamed with diabetes. To take each wrinkled foot in my palm and pat it dry as if caring for a newborn. To rub lotion on his calloused heels, hardened by years of neglect. I felt the sacredness in this wordless ritual, even as I was offering it to David. In return, I received his humble appreciation, visible in his moist eyes as, afterward, he simply looked down and said, "Thank you, honey. That's the best gift you could've given me."

It was the last gift I would give him. And it turned out to be his gift to me. 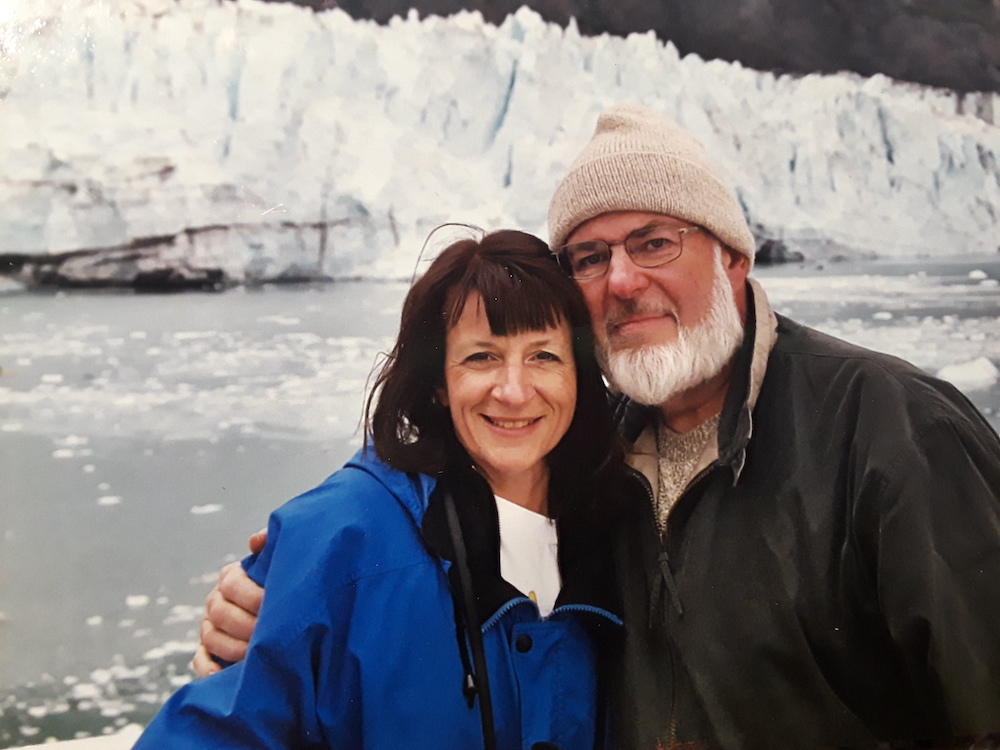 Pauline Hovey and her husband, David, went on an Alaskan cruise for their 25th wedding anniversary, which they were celebrating a year early in August 2005. (Courtesy of Pauline Hovey)

Less than three months later he would die unexpectedly. A heart attack taking him too soon on a glorious Easter Saturday morning while he was mowing our lawn.

In the episode, after her bath, Mrs. Jenkins appears to be renewed. Her face bright, her stature upright. Wearing the new coat Nurse Jenny obtained for her, she no longer carries the weight of shame. She's recognized something in herself through the eyes of love. Through their tender attentiveness, Nurse Jenny and Sister Evangelina have practiced a different kind of midwifery.

A midwife is an intermediary, someone who meets you in the middle of what you're expecting and assists you all the way through it to the other side. Hadn't that been what I had done for David, without even realizing what I was doing? Holding that in-between space for him? Helping him to receive and accept the selfless, abundant love that awaited him over the threshold he would soon cross? The irony is that David had been an arbitrator, a labor relations mediator, in his career. He had been the one who'd calmly held this in-between place for others, the place between what is and what is possible. He had taught me how to be that for him.

Eleven years is a long time. I no longer grieve as I once did, no longer fear that the well of grief is bottomless. It isn't.

I have learned that love takes many forms. That it truly is stronger than death. That every act of self-giving love, of selfless service, brings us closer to the threshold of waking up into who we truly are. The Beloved in God.

Maybe, unknowingly, I did walk David home. Maybe I helped him cross that threshold through this loving ritual. But once again, it's David who's given me the real gift.