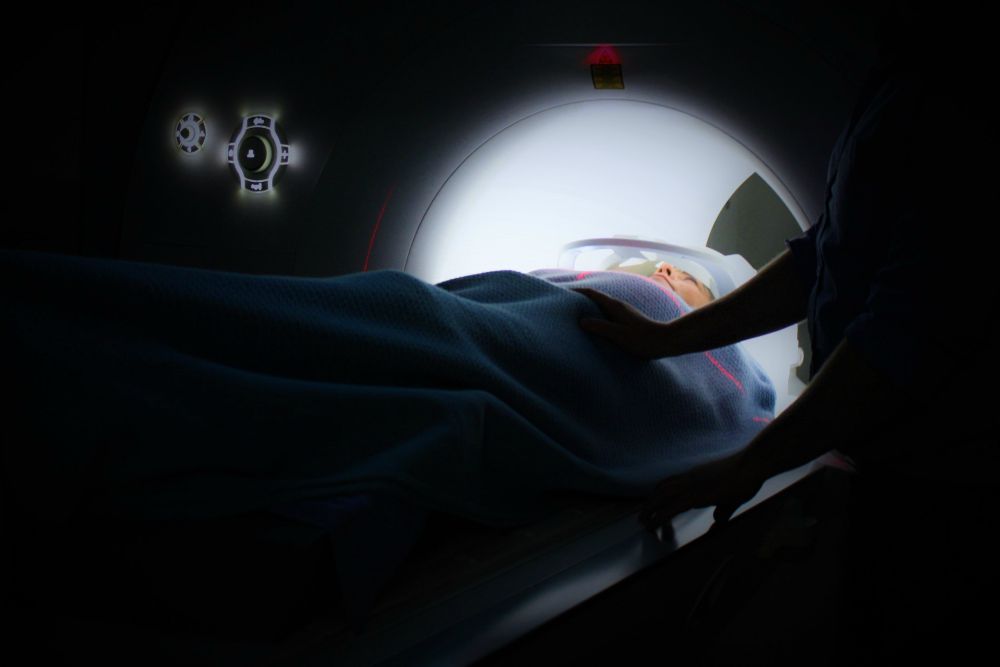 The mystery of suffering. Everyone wants to know: What's God got to do with it?

Job has something to tell us. Far from being the good man who suffers patiently, Job is angry, depressed and bitter about the terrible things that have befallen him. In the course of his lengthy conversation with his three friends, Job demands that God answer some embarrassing, even disrespectful questions: Are you immoral? Are you self-centered?

Does it please you to oppress me, to spurn the work of your hands, while you smile on the plans of the wicked?
Do you have eyes of flesh?
Do you see as a mortal sees?

God confronts Job. He taunts Job by sarcastically demanding that he explain the wonders and mysteries of creation. Finally, God offers a cryptic answer to Job's questions. He brings up Leviathan, the mythical sea monster that shows up here and there in the Hebrew Scriptures like Godzilla. Leviathan is a symbol of chaos — chaos that God brought somewhat under control at the time of creation, but that continues to do battle with God by bringing disorder to the world. Leviathan never went away.

In the summer and early fall of last year, my family and I had to deal with Leviathan.

In May 2017, my wife, Terry, was diagnosed with a Stage 4 glioblastoma brain tumor. She endured surgery, chemotherapy, radiation and physical therapy. She had MRIs every 60 days, each of which indicated no return of the cancer.

In late July, Terry had another MRI. The cancer had returned. The oncologist told us that the tumor was growing rapidly. She said a course of treatment was available but wouldn't add to the length of Terry's life.

The MRI results depressed us but were not a surprise. Family and friends had already noticed a decline in Terry's health. Her left side, which had been affected initially by the tumor, was weaker. She kept losing weight, even though she was eating three good meals a day. We knew something was wrong.

We immediately took steps to provide hospice care for Terry. She received regular visits from a nurse, a social worker and a home health aide. Our home was equipped with a hospital bed, a portable commode, and a supply of oxygen.

Terry's time in hospice was a series of small losses. She became too weak to attend Sunday Mass. She lost the ability to feed herself — and eventually the ability even to swallow. At first, we dressed her in shirt and slacks during the day, then in pajamas, and finally in a hospital gown. Near the end, we gave her morphine to make it easier for her to breathe.

On the morning of Sept. 11, Terry died peacefully at home. Our daughter Jamie and I were with her. In our last conversation with her a half-hour before her passing, we assured her that we would be all right, that it was OK for her to let go. As was so typical of her, Terry died while we were in the next room — so as not to be a burden.

Like Job, I have wondered about God's role, if any, in all this. It would be tempting — and easy — to focus my anger on God. Was Terry's cancer a test of our faith? Was it a part of God's grand plan? Was God trying to teach us a lesson? Does everything, as they say, happen for a reason?

Terry and I talked about this several times, and we came to the conclusion that God had nothing to do with her cancer. This was not a test, not a teachable moment, not part of "the plan." There was no discernible reason why all this had happened.

Terry's cancer was the result of an aberration in her brain cells — chaos. 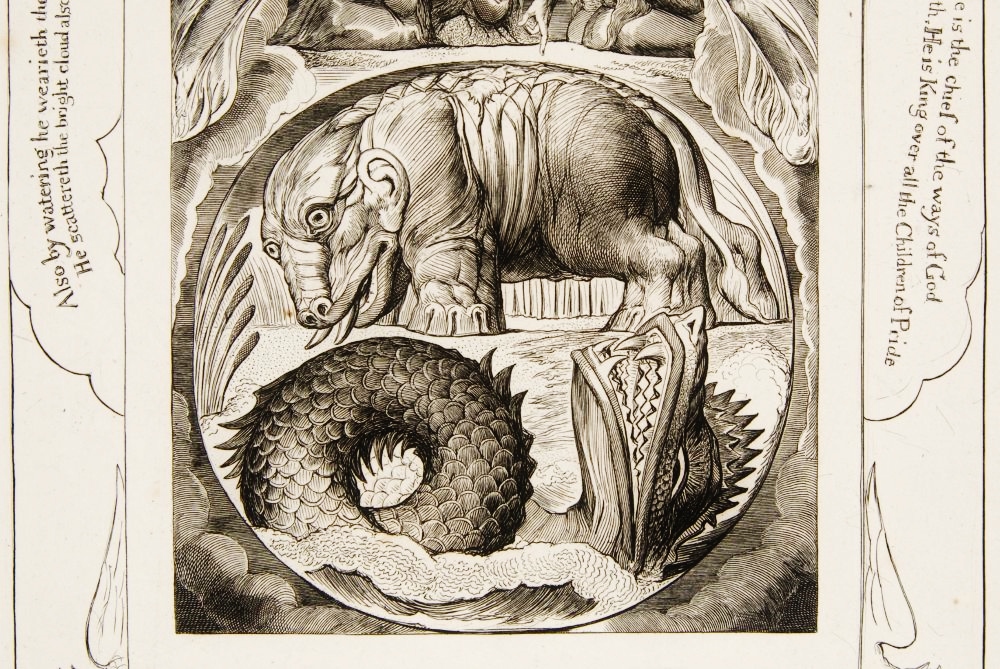 "Behemoth and Leviathan," from Illustrations of the Book of Job, engraving by William Blake, 1825-26 (Metropolitan Museum of Art)

The Hebrew Scriptures tell us that God has been battling chaos since the very beginning. God, who desires order, continues to battle chaos to this day. Sometimes God wins; sometimes God loses.

Does this mean that God is not all-powerful, contrary to the common conception of God? Yes, it does. God does not have absolute control over what happens in the world.

Does this mean that God is still all-loving? Yes, it does. God is love — God wants love to prevail in the world.

Terry and I came to believe in a God who loves us and wants only good things for us — but who can't always defeat chaos. Sometimes chaos wins.

The author of Isaiah gives us hope in Chapter 27 that God will ultimately triumph:

Terry and I had 30 wonderful years together as husband and wife. We were blessed in many, many ways. Now we must deal with the reality of her death. Leviathan has won — for now.

We don't believe God had anything to do with Terry's illness. But we do believe with everything in us that the God who is love has been with us all along the journey.

[Mark Etling is coordinator of adult faith formation at St. Nicholas Parish in O'Fallon, Illinois. He is an adjunct assistant professor of theology at St. Louis University.]