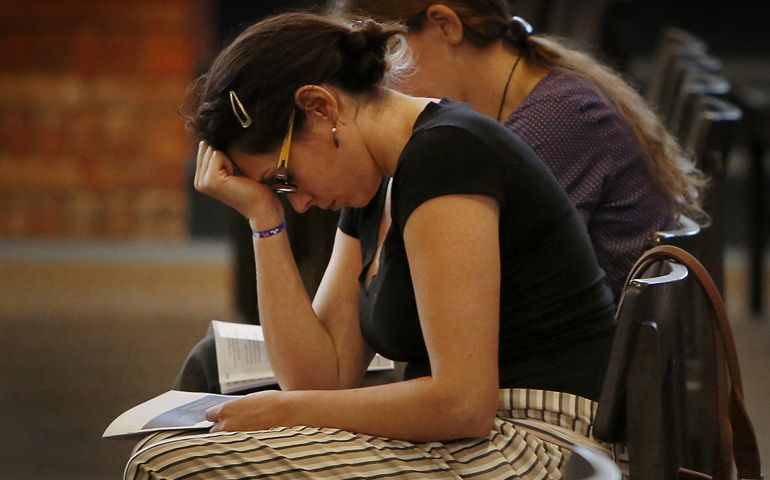 Mariana Hernandez prays during an Aug. 22 prayer service for repentance and healing for clergy sexual abuse at Our Lady of the Brook in Northbrook, Illinois. (CNS / Chicago Catholic / Karen Callaway)

As revelations of the scope of sexual abuse and infighting among church leadership continue to shake the Catholic world, women religious say they can be the key to structural changes in the church as well as the healing the church and churchgoers alike need.

"Sisters can respond by listening compassionately to victims and to all Catholics who are rightfully outraged over the abuse that has occurred," she said. "People are angry. They feel betrayed, and they need safe venues to express their anger and their sense of betrayal. We all need to hear that."

Sr. Kathleen Bryant of the Religious Sisters of Charity of Culver City, California, said the crisis is particularly painful because in her more than 20 years as a vocation director in the Los Angeles Archdiocese, she saw firsthand the need for more women and members of the laity in key leadership positions.

"What's making me raging is that we're all in the same stuck place: The decision-making and authority is with these males," Bryant said.