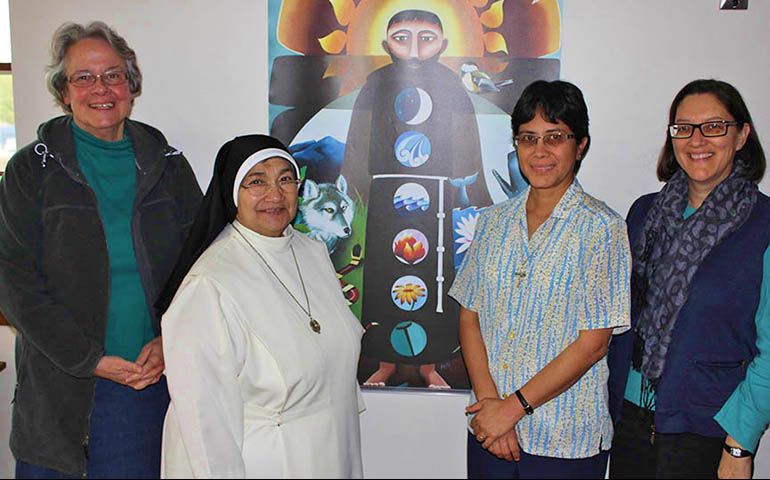 When Sr. Ana Gabriela Castro arrived in the United States from Morelia, Mexico, in 1988 as a Guadalupan Missionary Sister of the Holy Spirit, she felt isolated — not from her own community, but from the rest of religious life throughout the country.

Because she was no longer in Latin America, she felt disconnected from religious life in her home country. And in the United States, religious conferences, such as the Leadership Conference for Women Religious or the Council of Major Superiors of Women Religious, are reserved for those in leadership.

"I thought about how there are a lot of Hispanic sisters in the U.S. in the same situation as me," Castro said. "I started going to the LCWR assembly in 2006, when I was the provincial for my community, and I was very, very overwhelmed. It was an overwhelming experience for me as a Latina, as a Hispanic sister."

She said she didn't see another Hispanic sister in attendance and struggled with her English.

"But I decided to stay there, because I knew we needed to make a connection and be a part of this," she said.

Then, she met Most Sacred Heart of Jesus Sr. Joan McGlinchey, the vicar for religious in the Chicago archdiocese, and eventually, the two began to organize encuentros — gatherings — for sisters who came from Latin America without a major superior in the United States.

The Association of Hispanic Sisters in the United States (Asociación de Religiosas Hispanas en los Estados Unidos, or ARHEU), once an informal, grassroots network, has since received a grant from the GHR Foundation to become a bona fide organization.

With that, they're ready to change the realities of Hispanic sisters in the United States.