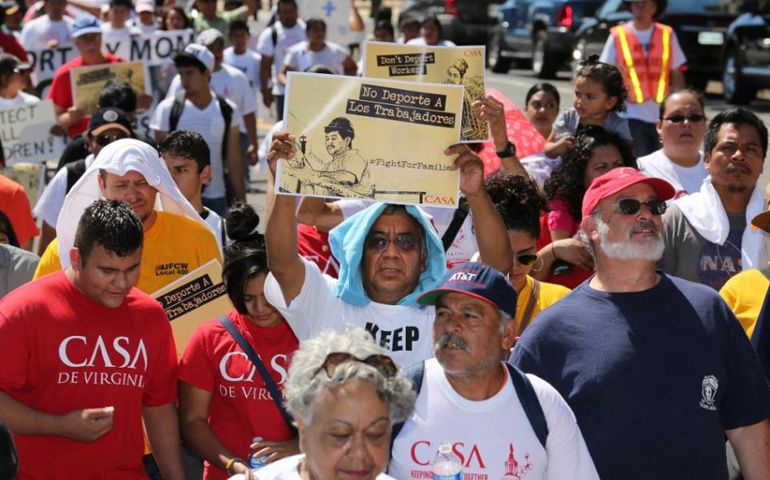 A man displays a sign during an Aug. 28 immigration march and rally near the U.S. Immigration and Customs Enforcement headquarters in Washington. (CNS/Bob Roller

Organizations responding to the immigration crisis on the United States' southern border initially faced their biggest challenge in the overwhelming numbers of refugees coming across.

Now, their challenge is a federal administration bent on sending them back.

In response to the tidal wave of people from Guatemala, Honduras and El Salvador arriving at the border seeking asylum or refugee status, Department of Homeland Security officials vowed to speed up deportations. In early August, officials began moving immigrants from Central America to the front of the deportation line, meaning their cases could be heard within months instead of years. But about the same time, officials made changes so that many families crossing the border will not get a hearing at all.