Disabled youth find a home and visibility with Chinese sisters 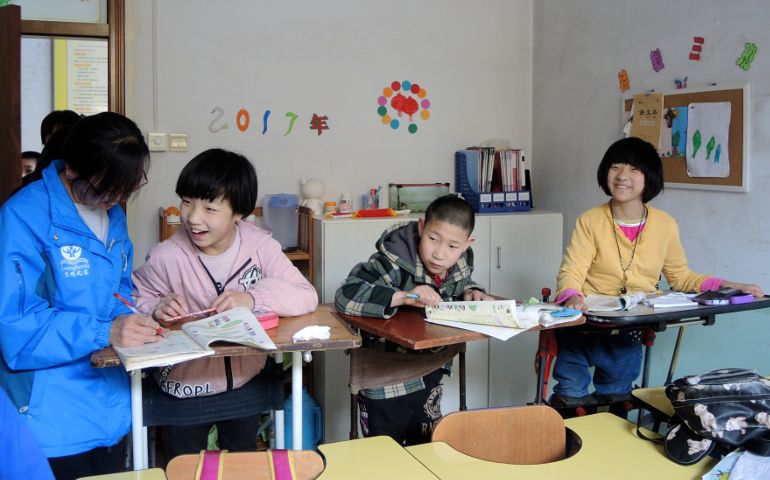 As soon as the first sisters moved onto the church grounds in a rural region outside of Beijing, the babies started showing up on the doorstep. They were babies with severe disabilities, abandoned at a few months old, with no trace of the family who left them behind.

China's one-child policy was not enforced in the rural countryside, like here in Hebei province, where families continued to have an average of three or four children.

"These are very poor families, and these parents have a lot of pressure, not only for taking care of the disabled kids, but also taking care of many other children," said Sr. Niu Chun Mi, director of the Gaoyi Therapy Center for the Liming Family. The Liming Family is the primary ministry for the St. Therese of the Child Jesus Sisters, known locally as the St. Therese of the Little Flower Sisters. The Liming (House of Dawn) Family is a group of three institutions that serve children and adults with severe mental and physical disabilities.

"Parents began abandoning these children in front of the door to the church, and the bishop [Raymond Wang Chong Lin] asked the sisters to take care of them," recalled Sr. Xeufen Zhang. Xeufen was one of the original 10 founders of the St. Therese sisters in 1988, when Wang oversaw the re-founding of the congregation after China's Cultural Revolution had forcibly disbanded religious congregations.

"In the beginning, we kept the orphans in the same house as us, and we slept together, and we ate together," said Xeufen. "Before I entered the community, I thought that sisters live in a house with a big wall and pray all day. When I entered, I saw that a sister's life was very different. We needed to build the house ourselves, brick by brick! We needed to take care of these orphans and students. I didn't choose to be a mother, but suddenly I needed to be a mother and a father, too."

It wasn't until 1998 that the sisters formally opened the orphanage in a separate building, with guidance from sisters from Hong Kong, just after the Hong Kong sisters were allowed to make contact with mainland Chinese sisters.

| Disabled youth find a home and visibility with Chinese sisters