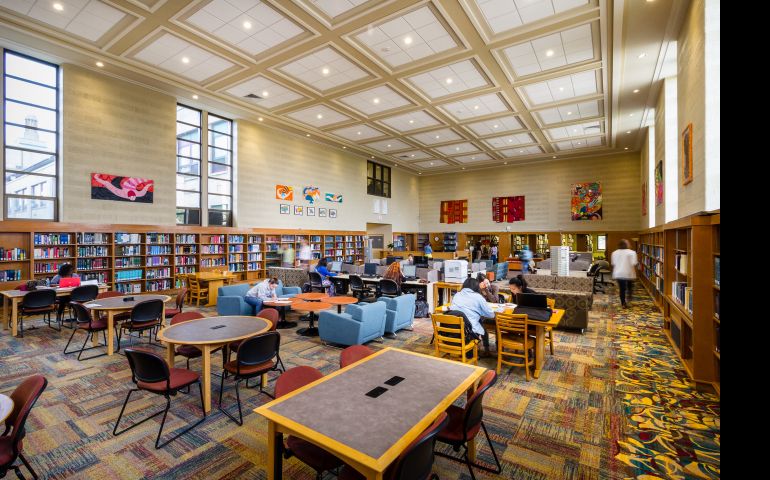 Milwaukee — St. Francis of Assisi and the friars who followed him went to La Verna, the lonely Tuscan mountain, to reflect on what it means to love in life, to love God, family and community. A small but much-lauded women's college in Wisconsin adopted a Latin name for that retreat — Alverno — and the Franciscan philosophy.

Alverno College, which traces its roots back 127 years, was founded by the School Sisters of St. Francis in Milwaukee to train nuns as teachers in parochial schools. Now, a just-completed first phase of a $30 million renovation and expansion plan for the liberal arts school reflects the optimism of this women's college, which is growing while others have gone co-ed.

"Many have gone co-ed not because they want to, but because financially it was important to do so," Alverno President Mary Meehan told NCR. "I don't think that all of a sudden women's colleges decided it would be better to be co-ed as much as it was a move in that direction because their enrollment was declining."

Alverno's undergraduate enrollment is now 2,094 students with an additional 511 in graduate school programs, a few of them men as required by the federal Title IX, which prohibits discrimination based on sex in education. Unlike many of the 46 women's colleges in the U.S., Alverno's student population has been growing over the past decade, Meehan said. The undergraduate program existed before Title IX was enacted in 1972, and so the program was grandfathered in. But when the master's programs were developed, the law required that they be inclusive of men.

Your thoughts on seminary formation