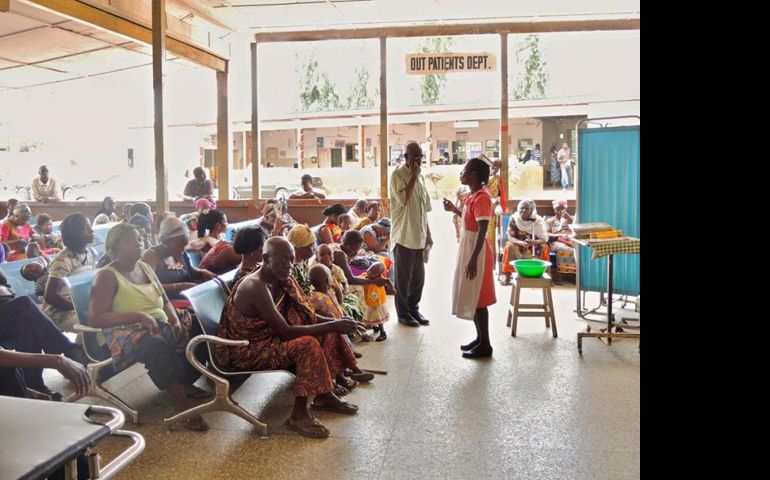 A nurse gives the daily orientation to outpatients at the St. Michael's Hospital - Pramso. The hospital serves people from all over the region. (GSR/Melanie Lidman)

Ben Kwabena Sintim is a hospital administrator of the largest Catholic hospital in the Obuasi diocese. But some days he wishes he could be a businessman as well.

Sintim oversees St. Michael's Catholic Hospital in Pramso, which treats more than 15,000 outpatients a week. The 300-staff hospital has made a name for itself in the region, housing state-of-the art laboratories, X-ray facilities, dental and eye clinics, and the busiest maternity ward in the city.

But the hospital is struggling financially due to a delay in payments from Ghana's National Health Insurance Scheme, which is more than eight months behind, forcing the hospital to temporarily freeze staff salaries.