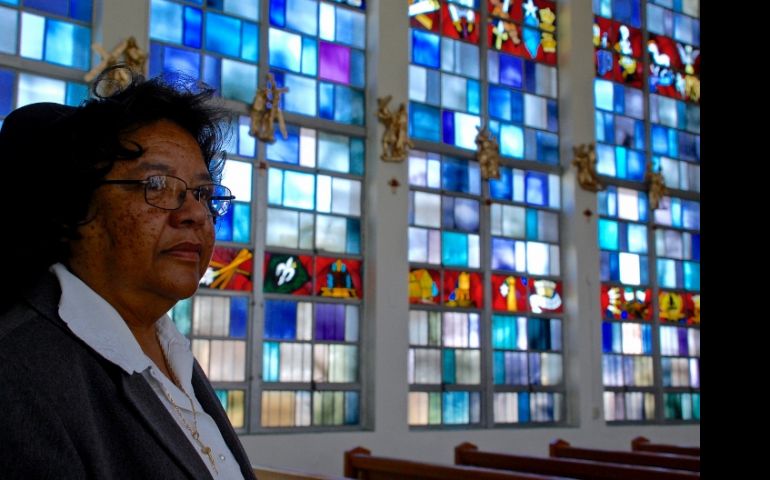 Sr. Mary Greta Jupiter, leader of the Sisters of the Holy Family in New Orleans, in the chapel at the order's motherhouse, which had 5 feet of water on the first floor during Hurricane Katrina and wind damage on the second floor. (GSR photo/Dan Stockman)

The motherhouse had 5 feet of water in it. The school was destroyed. The day care suffered so much damage it has yet to reopen almost 11 years later. The nursing home was wrecked, and, even worse, residents had died there. Sisters were scattered in convents and homes across the state, some with only the clothes on their backs.

But Hurricane Katrina -- like slavery, racism within the Catholic church, and yellow fever -- could not stop New Orleans' Sisters of the Holy Family from their ministry.

Archbishop Alfred Hughes, then the archbishop of New Orleans, vowed that the church would return to the city after the hurricane, and the sisters said they would, too.