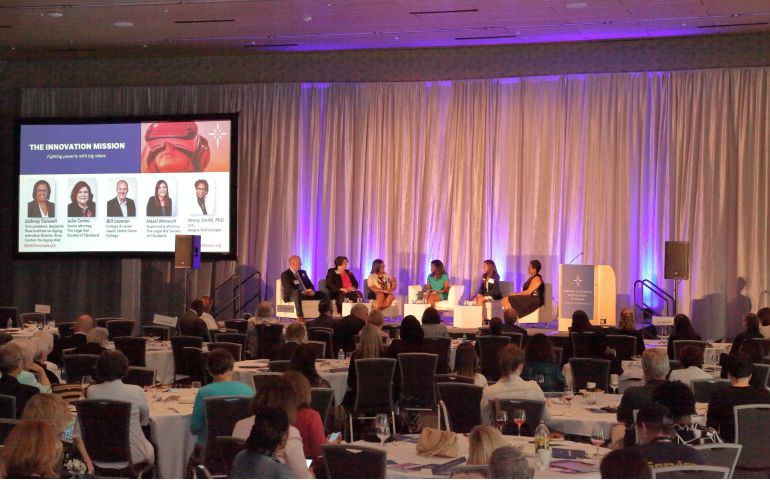 The 18-month-long effort, officially completed in June but with projects that are still emerging, gave $20,000 of seed funding, publicity, structure, creative-thinking workshops and coaching to five people with anti-poverty ideas touching on housing, education, jobs and other aspects.

"Our thinking was if we select five and get one project that is successful in impacting poverty, we will be absolutely thrilled," said Susanna Krey, president of the Sisters of Charity Foundation of Cleveland. "When we were done, our board felt we had really impacted a significant amount of the issues in poverty with all five of these candidates."

Fellowship recipients also affirmed the positive impact of Innovation Mission. The fellows, who took part in an intensive series of workshops, research, reports and publicity, are all at a different stages: One program is up and running. Another has effected change in policy. Another is fully sketched out and awaiting funding.

While Innovation Mission is a few steps removed from the sisters in the foundation name, the spirit of those sisters comes through in several aspects of the project. Krey and Sr. Marian Durkin of the Sisters of Charity of St. Augustine, a foundation board member, point to a pioneering attitude and a common passion for people who live in poverty.

"We [sisters] have bee­n noted for meeting unmet needs; that's been important from day one," Durkin said.