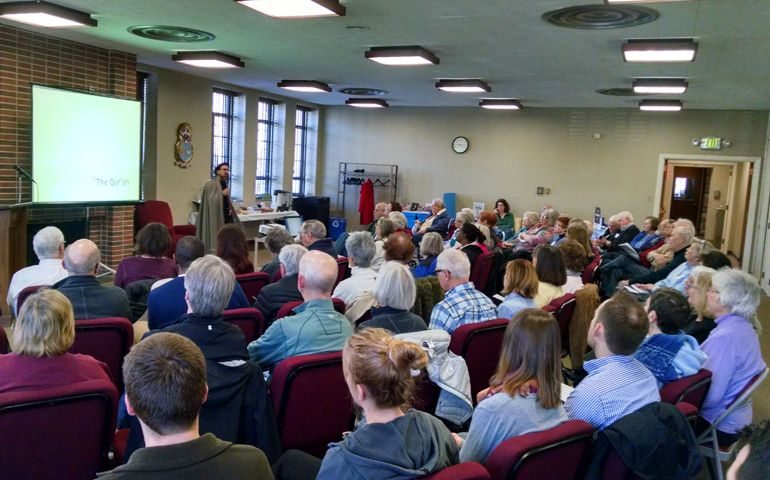 Ahmed El-Sherif, a Muslim active in interfaith work, leads a class in the "Introducing the Qur'an to Christians" series at Second Presbyterian Church in Kansas City, Mo.

By 8:50 a.m. on that first Saturday morning of the spring series of classes on "Introducing the Qur'an to Christians," the line to sign in was more than a dozen deep.

Expecting at first 15 people, those of us who helped organize the series at Second Presbyterian Church in Kansas City, Mo., wound up with about 75 and had to add chairs to the room. And most of them kept coming back for the next five weeks.

This is just a small example of the often-ignored hunger of Americans to learn about and understand world religions other than their own -- especially a religion that in recent years has seemed threatening to many of them.