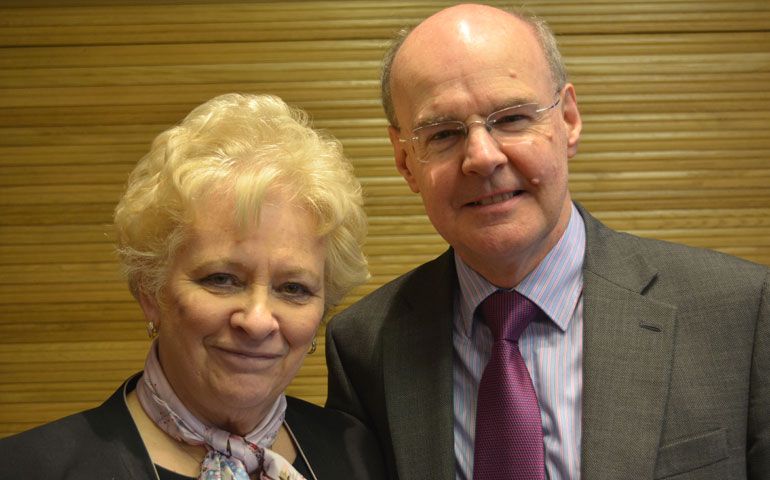 Dublin — The former police ombudsman for Northern Ireland has hit out at those in the U.S. who profess to be pro-life and yet vote for candidates opposed to gun controls.

Baroness Nuala O'Loan, a Catholic peer in the British House of Commons, told NCR she was concerned by the number of multiple killings in the U.S. "facilitated by the easy access to guns."

"If you believe in the sanctity of life, you do nothing which would imperil it and that includes not voting to sustain American gun laws," she said.

Recalling her role as police ombudsman for Northern Ireland between 1999 and 2007, she explained that she had seen the consequences of violence and guns in the Troubles. That 30-year conflict in Northern Ireland resulted in 3,489 deaths and drew to a close in 1998 when the Good Friday Agreement secured an agreement between Nationalists and Unionists to work together in a power-sharing arrangement.

"I have investigated a lot of shootings and situations where people have been shot dead," said O'Loan, who is part of the independent panel monitoring the Police Service of Northern Ireland investigations of Ulster Volunteer Force murders during the Troubles.

Challenging advocates of the U.S. Second Amendment, she commented, "You have to ask what are people hoping to achieve and why they would want to take up arms in the way some Americans do and are permitted to lawfully. Look at the number of multiple killings which are facilitated by the easy access to guns."

She added, "If you believe life is a gift from God, and that every single one of us was formed by him and known by him, then you cannot take up arms, as there is the possibility that you may end up in a situation in which somebody else dies."

During a keynote address at an international conference in June on "The Role of Church in a Pluralist Society: Good Riddance or Good Influence," hosted by the Loyola Institute in Trinity College Dublin, O'Loan revealed that some members of the International Catholic Legislators Network had reported her to a senior cardinal in the Vatican a few years ago.

Last priest who was imprisoned in Dachau camp dies