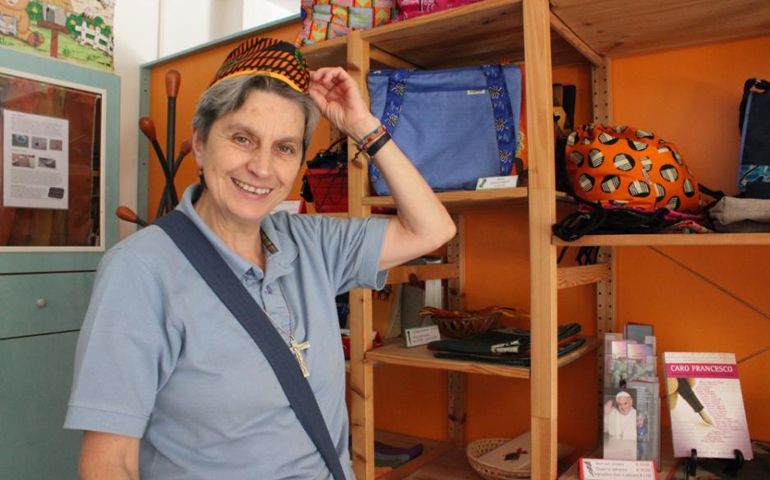 The girl was waiting at the sisters' gate one morning in August.

Before her 18th birthday, Elizabeth had already traveled across the Sahara and the Mediterranean on her way from Nigeria to Europe and spent six months in a brothel in Denmark. She was being prepared to start working on the streets of Italy when she found her way to Casa Rut, a safe house for trafficking victims.

Elizabeth is among the hundreds of thousands of migrants who have taken the perilous journey to Europe in recent years. An estimated 3,343 migrants have lost their lives at sea in the last year, even as Italy rescued 150,000 people through its now defunct Mare Nostrum program.

But when migrants land in Italy, they're greeted by the realization that it is not a land of opportunity. While European policymakers debate how to respond to the influx of migrants, human traffickers are ready to take advantage of the chaos.

In the decades that women religious have been fighting trafficking in Italy, they have learned that their network must adapt as quickly as the traffickers' networks. But the heart of their work remains the same: restoring women's dignity so that they can build a new life.