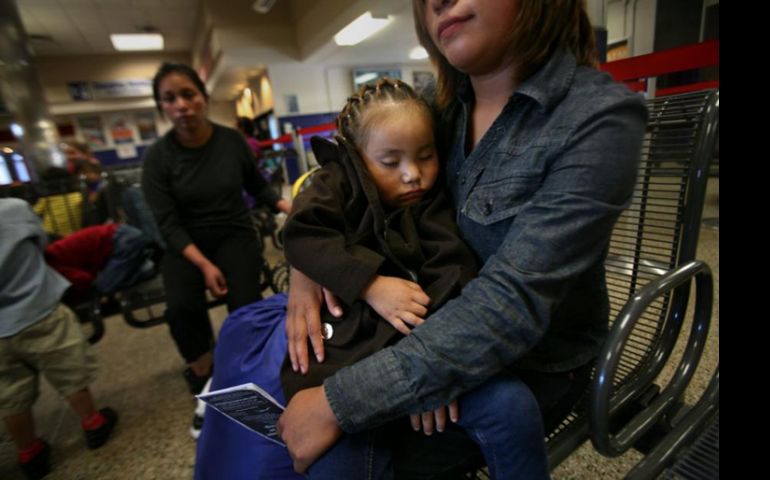 Janet Perez of Guatemala holds her daughter, Ariana,3, after being released from the South Texas Family Residential Center in Dilley, Texas, on July 14. She and other immigrants were at the Greyhound bus station in San Antonio waiting for buses that would take them to be reunited with family and friends. (GSR/Nuri Vallbona)

A federal judge ordered the release of children and their parents from immigration detention centers "without unnecessary delay" and gave immigration officials two months to comply, according to court documents filed late Friday, Aug. 21.

The order from Judge Dolly Gee of the Central District of California criticized legal arguments made by attorneys representing the Department of Homeland Security in response to her July 24 ruling that called for the end of the detention of minors. The judge had given both sides a chance to respond to her order.

Attorneys for DHS "submitted a 51-page brief that served primarily as a vehicle for a thinly-veiled motion for reconsideration, rehashing many of the same arguments which the Court previously rejected," Gee said.

Friday's ruling outlined her final decision; Homeland Security has until Oct. 23 to implement it.

Faith-based groups turn up the heat on ICE

Why are we detaining immigrant women and their children?