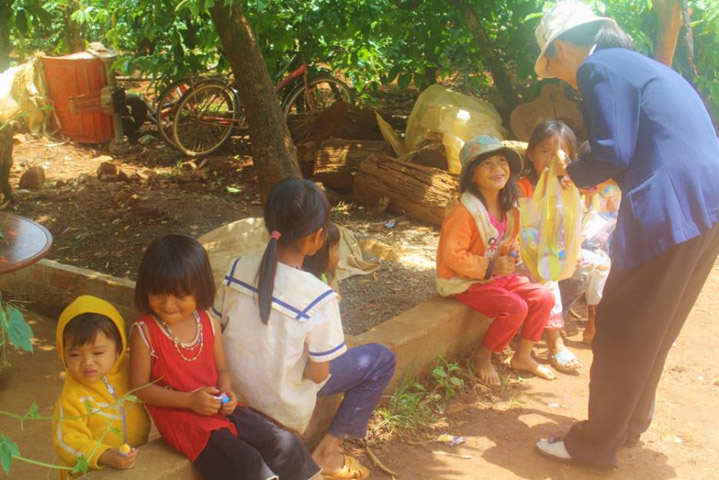 Ethnic children are happy to get sweets from a visiting sister. (GSR photo)

The Daughters of Charity of Saint Vincent de Paul work closely with the numerous ethnic groups in the Daklak province of central Vietnam. To do this, they walk a tightrope of diplomacy with the government, which exercises strict control over the province for fear that “reactionary forces abroad incite ethnic groups to fight against the government.”

The community of eight nuns in their 30s and 40s carry on the work with ethnic groups, which their order has done since the 1950s.

I accompanied the nuns to two hamlets that are 43 miles (70 km) away from their convent. We stopped on the way and sought advice from a priest who works with people from the hamlets, and he asked a seminarian to lead us.