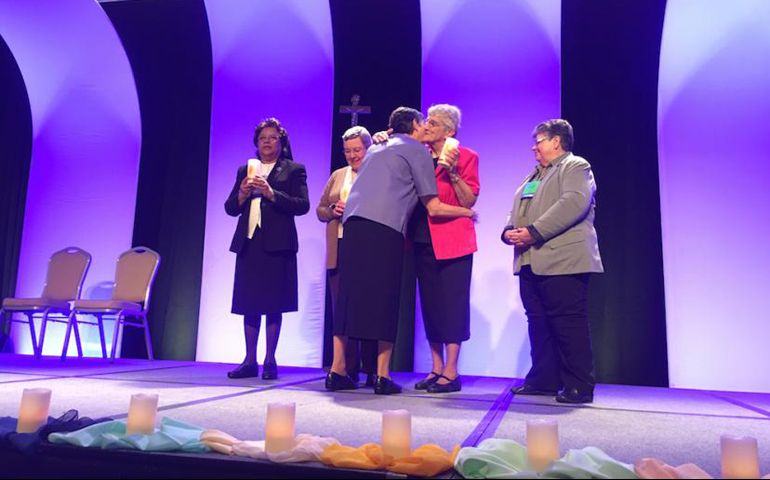 Bidding farewell to the outgoing chairs of four of the LCWR regions. (GSR/Dawn Araujo-Hawkins)

Atlanta, Georgia — After two days spent deeply discerning the movement of the Spirit in regard to future of religious life, on Friday, August 12, the membership of the Leadership Conference of Women Religious took a step back to reflect on the 2016 assembly and to celebrate some of its leaders.

"I feel as if I have been in the presence of love this whole week. I'm feeling a deep, deep sense of interconnection," Sweeney said, a nod to her earlier presentation about the evolution of human consciousness and supremacy of love. "There is something so humbling about being here in this moment and not knowing how to take the next step and taking it anyhow."

Farrell then asked Wheatley about her thoughts on religious life, given that she has a close connection with sisters but is a vowed Buddhist, to which Wheatley replied that all vows are unachievable.

LCWR 2016: Looking beyond the horizon of a post-contemporary religious life

LCWR 2016: For this newbie, a mixture of emotions