LCWR 2016: Looking beyond the horizon of a post-contemporary religious life 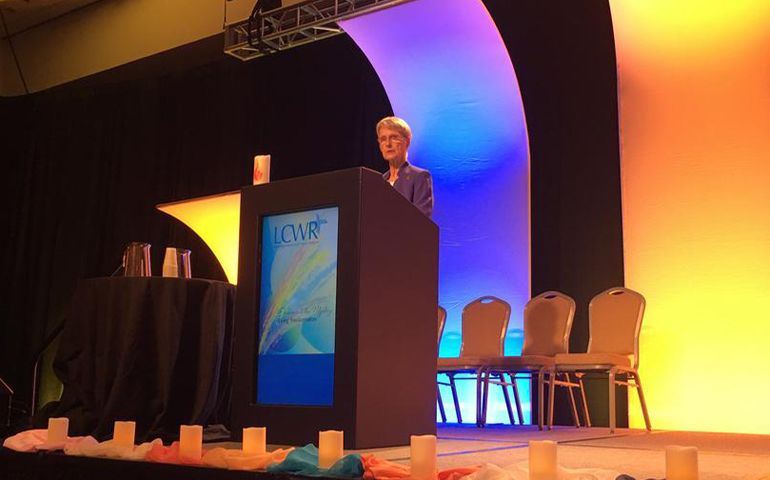 Atlanta, Georgia — During the first full day of the 2016 Leadership Conference of Women Religious assembly, August 10, participants were challenged to explore the future of religious life and reinvent the annual gathering in the face of rapidly declining membership.

LCWR President Marcia Allen minced no words in describing the demographic reality confronting women religious in the U.S. In her address to the approximately 800 attendees in Atlanta, she wove a series of vignettes focused on the theme of this year's assembly: "Embracing the Mystery - Living Transformation."

"We are keeping a brave face on it, but the truth is that the very thing that makes the conference possible and necessary is disappearing," Allen said. The Sister of St. Joseph cited data from the National Religious Retirement Office, showing the number of men and women religious in the U.S. has dropped from 107,000 to 49,000 in the last 20 years -- and will be fewer than 29,000 by 2025.

And yet, Allen said, this is not a cause for despair.

| LCWR 2016: Looking beyond the horizon of a post-contemporary religious life

Misogyny and the Catholic church