LCWR looks to the future with openness, communion and contemplation 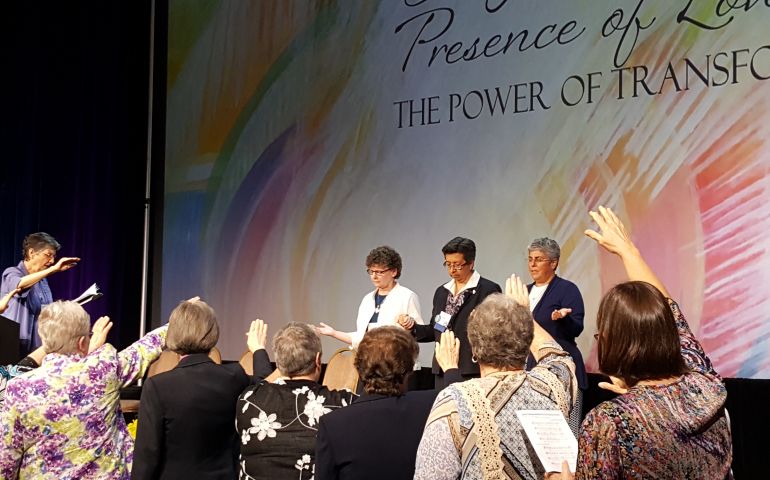 Sister of Charity of the Incarnate Word Teresa Maya took out a flashing fidget spinner as she closed the annual assembly for the Leadership Conference of Women Religious.

As the conference's president, she promised the almost 800 sisters gathered before her on Aug. 11 that the presidential triumvirate will be a team that mirrors the trendy gadget: working in unison, producing color.

Wagner, who was elected Aug. 10, is first councilor on her congregation's leadership team and has previously worked as an immigration attorney. She said she sees transformation as a key issue for the conference, as well as continuing the restructuring of LCWR.

Beyond some annual processes and business sessions, the three days in Orlando hosted profound conversations regarding grief and vulnerability, the presence of love, and communion. And for LCWR's second time, the dialogues were facilitated through contemplative engagement.

| LCWR looks to the future with openness, communion and contemplation

As Build Back Better stalls, faith leaders call Biden, Senate to 'moment for courage' on climate

Standing in Orlando at the foot of the cross

A case of secrecy and self-silencing