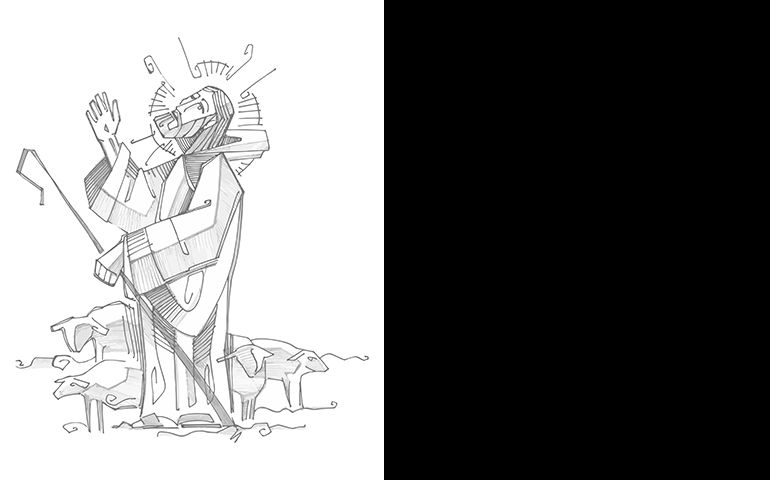 I have a friend whose recurrent encephalitis left her with permanent brain damage. She avoids the mall or big box stores, anywhere different sounds from different places all come at her at once. Her neurological deficits mean she can't distinguish between one sound and another -- putting Muzak (now known as Mood Media) in the background and her child's voice in the foreground of her consciousness, for example. She is overwhelmed by the barrage of noise that is, as they say without irony on AM radio, the soundtrack of our lives. She is so overwhelmed that she can't distinguish a voice she wants and needs to hear from one she wants and needs to ignore.

I thought of my friend on the Fourth Sunday of Easter. We stood at Mass and listened as four verses of John's Gospel were proclaimed:

My sheep hear my voice;

I give them eternal life, and they shall never perish.

No one can take them out of my hand.

My Father, who has given them to me, is greater than all, and no one can take them out of the Father's hand.

The Father and I are one.

"My sheep hear my voice."

I close my eyes and imagine the flocks of sheep who have been led by their shepherds to the best local pasture. The sheep graze until evening beckons and the shepherds come to call the flocks home. Many shepherds, many sheep -- all calling, all being heard.

We have to take seriously our role as shepherds