Living in a wavy universe 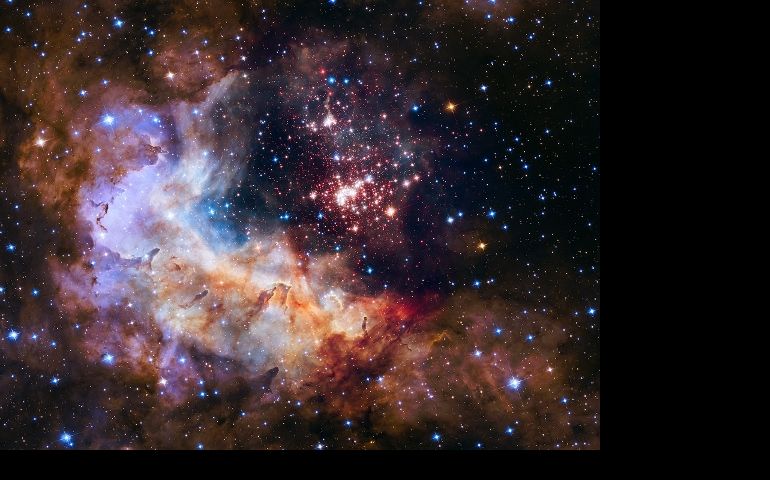 The brilliant tapestry of young stars flaring to life resemble a glittering fireworks display in the 25th anniversary NASA Hubble Space Telescope image, released to commemorate a quarter century of exploring the solar system and beyond since its launch on April 24, 1990. (NASA)

From the dawn of our species, what we know about the universe has come from the power of observation, that is, what we can observe in a light-filled universe. In the 13th-century Oxford theologian Robert Grosseteste described the beginning of all physical life from light. One of his major works De Luce begins with God's creation of a single point of light which, through expansion and extension, he claimed, evoked the entire physical order into existence. The expansion of light replicating itself infinitely in all directions, he speculated, is the basis of the created world.

Spirituality | Living in a wavy universe