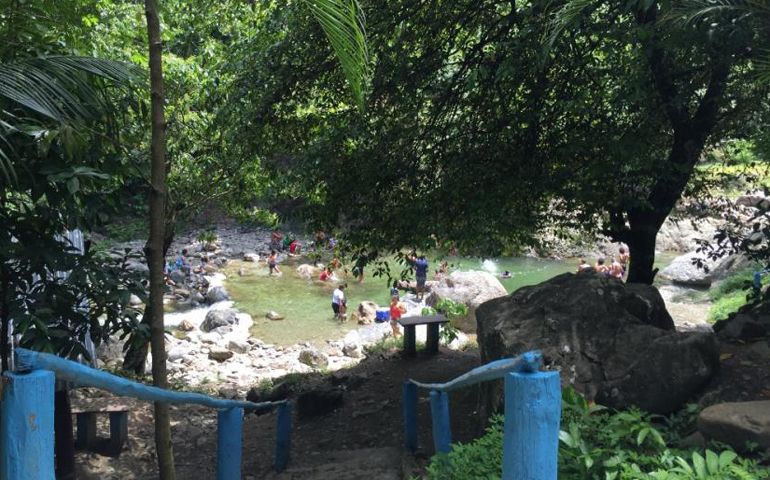 Global Sisters Report is focusing a special series on mining and extractive industries and the women religious and other activists who work to limit damage and impact on people and the environment, through advocacy, action and policy. Pope Francis last year called for the entire mining sector to undergo "a radical paradigm change."

In knee-high rubber boots and a baggy T-shirt, Genaro Rodriguez guides three young women through the forests of Loma Miranda, one of the most biodiverse mountains in the Dominican Republic.

Rodriguez, who is known as the best local guide for such mountain excursions, now considers his job an existential one: He believes that firsthand appreciation of the natural beauty might help mobilize the national fight to preserve the mountain from potential mining operations.

"I drink that water, bathe with that water, live off that water," he said, pointing to the springs where the young women had jumped in to swim. "So why wouldn't I sacrifice myself for future generations to have that water?" he said. "Money only buys the cheap."

Loma Miranda is located 10.5 miles (about 17 km) outside the city of La Vega. Known as a "green curtain" that serves as a natural sponge for opposing trade winds, the mountain absorbs and collects humidity from clouds that hit vegetation, causing a unique phenomenon known as horizontal precipitation, in which moisture trickles down the plants and gathers into bodies of water.

Loma Miranda provides most of the local region's water and acts as a natural barrier, protecting surrounding communities from cyclones and other natural disasters, according to Vega Real, a national environmental cooperative.

The serenity of Loma Miranda belies the pitched battle currently taking place in the Dominican Republic: to designate the mountain a national park as a means to protect it from mining interests. The "water mine" -- as locals often refer to the mountain -- is rich with nickel in its subsoil, making it an attractive investment destination for foreign mining companies, namely Canada-based Falcondo of Americano Nickel Ltd., formally known as Falconbridge Dominicana.