Parishes differ in approach to addiction 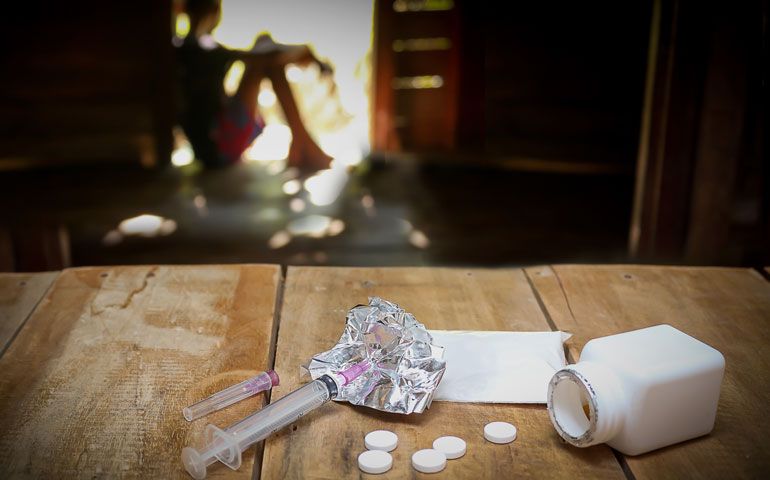 From the cul-de-sacs of suburban South Jersey to the streets of San Francisco, Catholic parishes find themselves confronted with drug addiction. Some are undertaking a faith response to what many describe as a spiritual disease.

Two parishes, one in San Francisco, and the other in Sicklerville, N.J., are addressing drug abuse with differing approaches to a complex social issue.

At the Gubbio Project in San Francisco's Tenderloin District, the watchword is "harm reduction."

A project of St. Boniface Church, Gubbio is named for the spot where St. Francis tamed a wolf who was terrorizing a medieval town. Today, the people who live on the streets in the city named for the Assisi saint are facing a whole new set of issues: high rents, mental illness and addictions. The project aims to tame the demons of addiction, but with an invitation, not a command, to the street people in what is one of the more crowded homeless scenes in the U.S.

San Francisco is known as a magnet for those seeking a last chance. The Tenderloin is the most popular habitat for those whose dreams have shattered into the nightmare of homelessness.

"We have the highest homeless population in the city of San Francisco," said Laura Slattery, director of the Gubbio Project. Despite that reality, noted the West Point graduate and former Army officer, there are no shelters in the neighborhood.

*An earlier version of this post incorrectly stated that St. Boniface Parish in San Francisco serves 3,000 meals a day to those in poverty. The meals, around 2,400 a day, are provided by the St. Anthony Foundation, a standalone nonprofit founded by Franciscan friars.

Violence and hate require the response of a real pastor