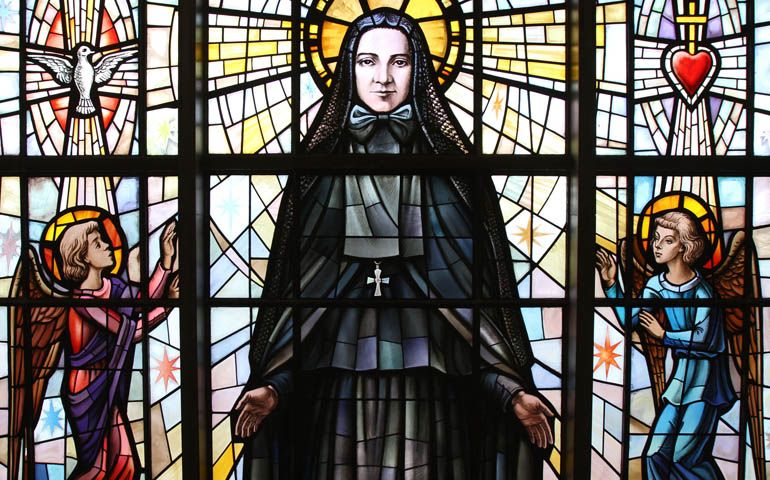 St. Frances Xavier Cabrini in a stained-glass window at the saint's shrine chapel in the Washington Heights section of New York City (CNS / Gregory A. Shemitz)

Vatican City — Although she died 100 years ago, St. Frances Cabrini is a shining example of "love and intelligence" in ministering to the needs of immigrants and helping them become integral members of their new homelands, Pope Francis said.

Responding to "the great migrations underway today" the same way Mother Cabrini did "will enrich all and generate union and dialogue, not separation and hostility," Pope Francis said in a letter to Sr. Barbara Louise Staley, superior of the Missionary Sisters of the Sacred Heart of Jesus, which the saint founded.

Mother Cabrini arrived in New York in 1889 to work with Italian immigrants, setting up orphanages, schools and hospitals in nine U.S. cities. Naturalized as a U.S. citizen in 1909, she died Dec. 22, 1917, in Chicago.

The Missionary Sisters of the Sacred Heart of Jesus were holding their general assembly Sept. 17-23 at the National Shrine of St. Frances Xavier Cabrini in Chicago.