Q & A with Fr. Roger Landry on the United Nations' exhibit on Mother Teresa 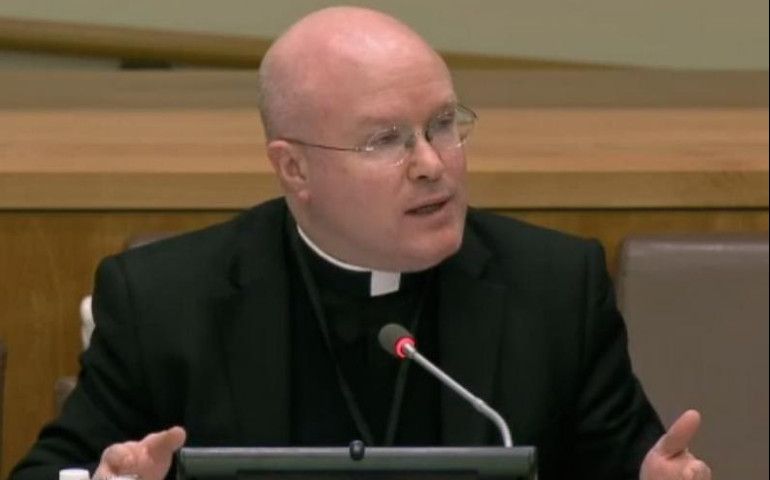 Fr. Roger J. Landry is a priest of the diocese of Fall River, Massachusetts, and is also Attaché and Director of Special Events for the Permanent Observer Mission of the Holy See to the United Nations.

The Holy See mission to the U.N. and ADF International, a religious freedom advocacy organization, are sponsoring a two-part celebration of Mother Teresa and her work during the week following her Sept. 4 canonization and in anticipation of the 70th anniversary of the founding of the Missionaries of Charity on Sept. 10. This includes a Sept. 6-9 exhibit at the U.N.

Landry, 46, recently spoke to GSR about the exhibit and the celebration of the life of Mother Teresa.

GSR: Tell us about the exhibit and why the U.N. is the site of the exhibit. We don't normally think of Mother Teresa in the context of the U.N.

Landry: When Mother Teresa spoke to the U.N. General Assembly in celebration of its 40th anniversary in October 1985, then-Secretary General Javier Pérez de Cuéllar called her the 'most powerful woman in the world' and said, 'She is the United Nations. She is peace in the world.' We think her life remains a guiding light for the work of the U.N.

The first part of this celebration and consideration will be a weeklong exhibition in one of the main thoroughfares of the U.N. [building] focused on her life; her work as a peacemaker and peace builder that led her not only to win the Nobel Peace Prize but to war-torn areas like Beirut; her care for all those often left behind by society — a focus of the 2030 Agenda for Sustainable Development — like the dying, orphans, refugees, the homeless, lepers, AIDS/HIV victims, the unborn and more; and her particular care for the poor one-by-one, ensuring that poverty never remains just an economic or social issue but always retains the interpersonal and human dimension.

The second part will be a conference on Sept. 9 focused on the three themes of peace, leaving no one behind, and care for the poor, which are all high priorities on the U.N. agenda and about which Mother Teresa's words, work and witness have much to say.

For the Sept. 9 conference, the Missionaries of Charity in the New York area are bringing in several busloads of those they serve in their various residences and soup kitchens in order to see the display and attend the conference. Afterward, we are hosting a catered meal for them, for the Missionaries of Charity and their co-workers, along with speakers and ambassadors in the parish hall of the Church of the Holy Family across the street from the U.N. in celebration of Mother Teresa's canonization.

Q & A with Fr. Roger Landry on the United Nations' exhibit on Mother Teresa

30 minutes with Mother Teresa changed me

In Haiti the seeds of democracy need tending