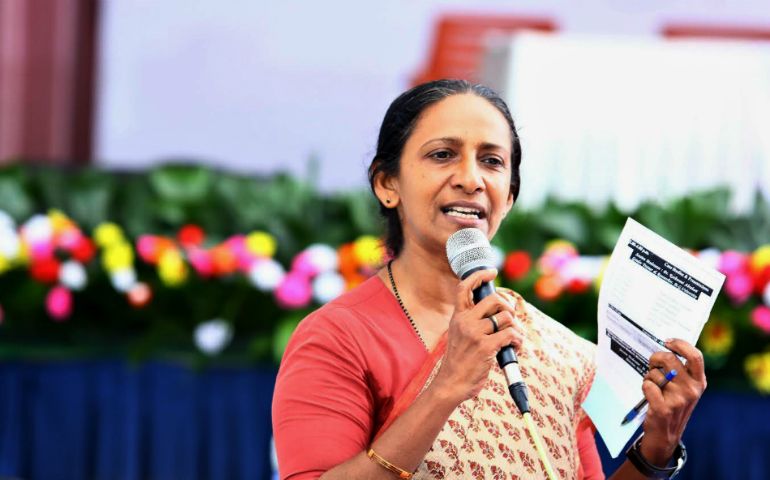 Her name, "Kochurani," means "little princess." Although born in a traditional Catholic family, she said religion did not attract her when she studied in Catholic schools in Kerala. However, a Catholic youth program she organized made her rethink her values. She said it awakened a dormant spirituality in her life that made her sensitive to the marginalized.

The 57-year-old scholar has a doctorate in feminist theology from the University of Madras in southern India. She completed her bachelor's degree in theology from St. Pius College in Mumbai, western India, and licentiate in systematic theology from Comillas University in Madrid.

She talked with Global Sisters Report about her views on feminist theology and Catholic religious life.