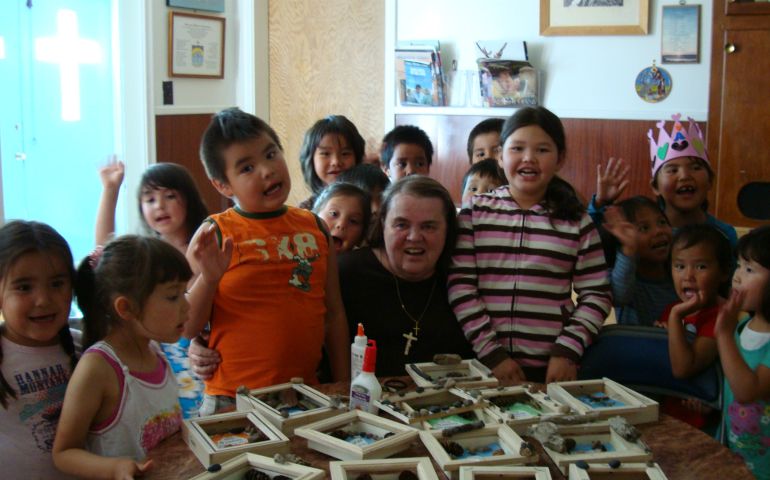 Goulet at Bible camp with young children, which she hosts most summers for children of all ages. (Provided photo)

Felician Sr. Celeste Goulet had never met a native person when she first felt called by the Holy Spirit to work with them following a 30-day retreat in 1973.

Now she's a pastoral leader among the North Slavey people of Tulita, Northwest Territories, where she's been ministering since 1979. Goulet runs a preschool, ministers sacraments in a diocese without a priest, and provides support for victims of alcoholism and sexual abuse. The recipient of the Catholic Missions in Canada's 2016 St. Joseph Award, Goulet has also received the 2008 Government of Canada's Award for Excellence in Early Childhood Education and the 1999 Status of Women Council of the Northwest Territories Wise Women Award.

Vatican says no movement (yet) on sainthood for Oscar Romero