Q & A with Sr. Donna Markham on what the good Samaritan means to Catholic Charities USA 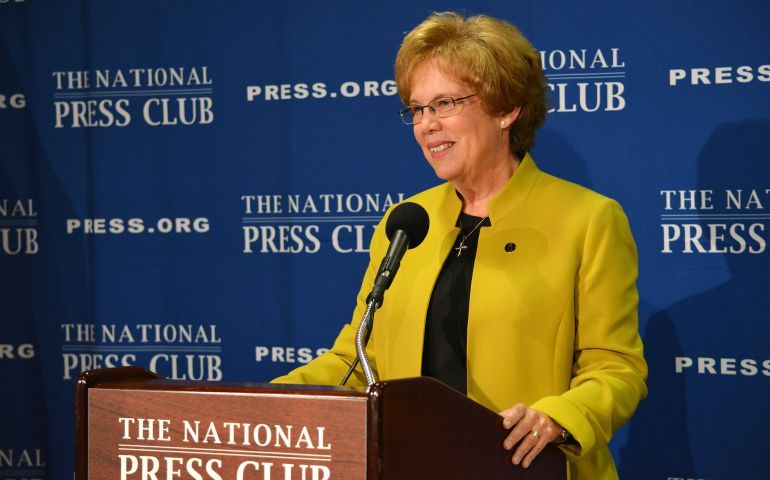 It's been nearly three years since Dominican Sr. Donna Markham took over as chief executive officer and president of Catholic Charities USA, which has 164 agencies serving 8.7 million people nationwide. Then, it was notable that she was the first female president in the organization's more-than-100-year history, although Markham would rather such milestones be a thing of the past.

Even before taking the helm at Catholic Charities, whose board she once chaired, Markham had extensive experience in high-level positions. A board-certified clinical psychologist with a doctorate in clinical psychology from the University of Detroit, she served as president of the Behavioral Health Institute for Mercy Health in Cincinnati and the Southdown Institute in Ontario. The founding director of the Dominican Consultation Center in Detroit, she has been named a fellow in the American Academy of Clinical Psychologists and been awarded the prestigious Harold S. Bernard Training Award from the American Group Psychotherapy Association.

Markham has been prioress of the Adrian Dominican congregation in Michigan and served as president of the Leadership Conference of Women Religious.

Markham's name was even recently included as part of a clue on the long-running TV show "Jeopardy."

A recent visit to her light-filled offices in Alexandria, Virginia, found Markham between meetings and travels, reflecting on the parable of the good Samaritan and what it means for Catholics as well as for Catholic Charities.

Justice | Q & A with Sr. Donna Markham on what the good Samaritan means to Catholic Charities USA

The immigrant caravan is a wave of hope for America