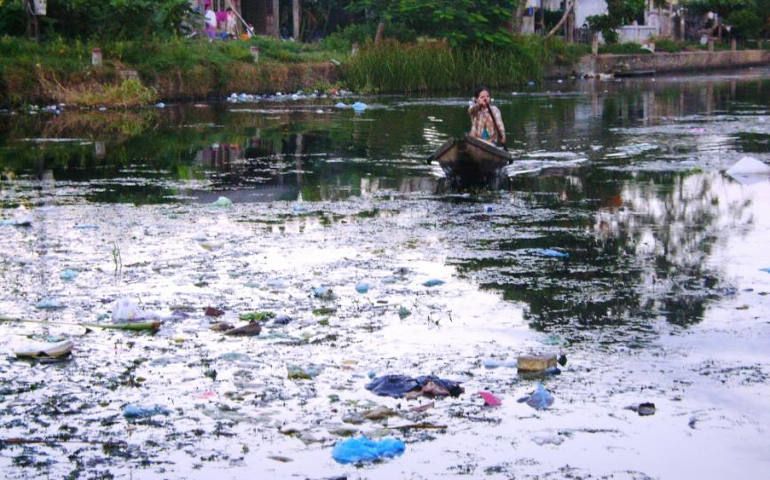 Religious representatives promised to work to protect the environment and cope with climate change at a national conference that drew 400 participants to this central Vietnam area in early December.

Some 160 religious leaders and social workers from 14 religions attended the national conference called Promoting the Role of Faith-based Organizations in Environment Protection and Climate Change Responses. The Dec. 2-3 conference was co-organized by Norwegian Church Aid, an ecumenical organization for global justice, the National Resources and Environment Ministry, and Vietnam Fatherland Front, an umbrella of the communist party.

Nguyen Thien Nhan, president of Vietnam Fatherland Front, told the conference participants that the environment in Vietnam has been badly damaged by excessive exploitation and overuse, which has seriously affected people's lives. On average annually, the country has 457 injuries or deaths caused by climate change.

He said experts warn that, without adequate attention given to the issue, the country's Gross Domestic Product could lose 3 percent to environmental pollution for every 1 percent it gains.

Nhan urged religions that focus on human development to actively assume their social responsibilities to deal with environmental problems and climate change. The 14 government-approved religions have 22 million followers out of the country's population of 90 million, he added.

NCA General Secretary Anne-Marie Helland said religious groups play a vital role in environmental protection and responding to climate change. She said, although religious people are committed and dedicated, they should be equipped with more capacity, knowledge and experience to be in the forefront of the issue.

Religious leaders agreed. "To protect the environment means to protect ourselves because we are facing serious challenges and crisis of the environment," said Most Venerable Thich Hai An, vice director of the Social and Charitable Committee of the Vietnam Buddhist Sangha.

'Don't Look Up' highlights the deep sacramentality of human connection