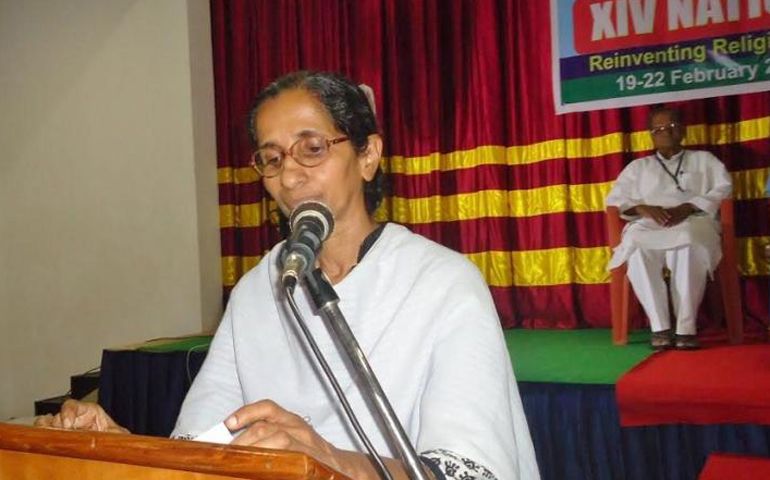 Sr. Manju Kulapuram is national secretary of the Forum of Religious for Justice and Peace. (Provided photo)

New Delhi, India — Despite her efforts, Sr. Manju Kulapuram could not get justice for a fellow nun who was a victim of voyeurism two years ago. Kulapuram is the national secretary of the Forum of Religious for Justice and Peace, an advocacy group for women religious.

The nun had complained to Kulapuram that a seminarian had secretly watched and videotaped her taking a bath. The sister and seminarian were attending a seminar on rural healthcare in an eastern Indian town. Kulapuram, whose organization assists religious in sexual abuse matters, prefers to keep the names of the people involved in the case anonymous.

The forum, a group of progressive Catholic religious in India, dissuaded the victim from going to court and assured her that they would get her justice from church authorities, says Kulapuram, a Holy Cross nun.

They took the matter to the seminarian's bishop. The prelate merely sent him to Rome to continue his theological studies, Kulapuram says.

The forum then took the case to the apostolic nuncio, urging the papal representative to speed up the process of justice and set up "an objective and impartial mechanism within the church" to address sexual harassment cases involving church personnel.

Kulapuram says, despite these measures, the victim did not get justice, and her own superiors failed to support her. "Finally she was forced to leave the religious life disgusted," Kulapuram, who worked closely with the victim, told Global Sisters Report.

Anti-war movement must listen to voices within Syria's civil war

French bishops back plans for rally against same-sex marriage bill