Religious vocations: not a numbers game 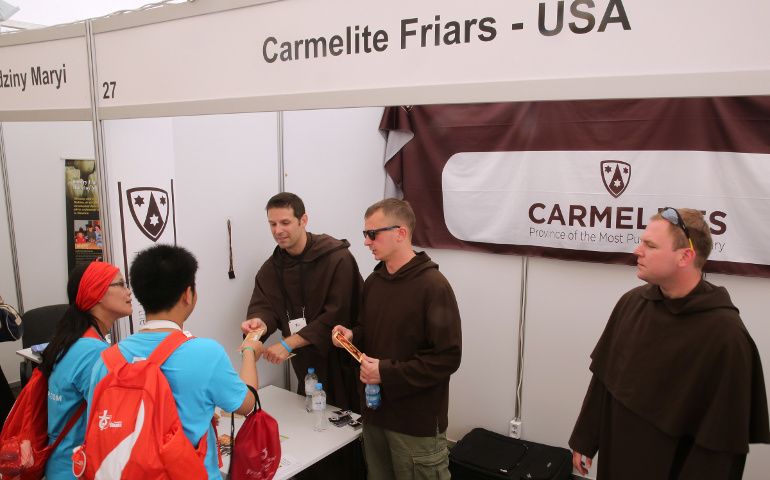 Carmelite Brs. Mike Joyce and Nate Michalak, both with the Chicago province, talk with pilgrims from Indonesia at the World Youth Day evangelization center July 29, 2016, in Krakow, Poland. (CNS/Bob Roller)

Choosing to live a consecrated life is not about numbers, Hingle said. Small numbers have often changed the world, he added.

Hingle, who has been a professed member of his community for 35 years and is currently first councilor for the U.S. province, a teacher and school administrator. Below, he shares his thoughts on vocations and renewed efforts to foster them. The interview, conducted by phone and email, has been edited for length and clarity.

The National Religious Vocation Conference is currently reviewing applications for an executive director. Holy Cross Br. Paul Bednarczyk held that role for 14 years but resigned in September 2016 when he become vicar general for his congregation.

Hingle: I’m optimistic. The new Vatican document on the “Identity and Mission of the Religious Brother in the Church” is an excellent text articulating the distinctive call to brotherhood. The need for models of and creators of community, the need to stand with and advocate for those who suffer and those at the margins, and the witness brothers give to the chaste, poor and obedient, servant-leader’s life that Jesus lived when he walked on the earth is sorely needed today. It’s a prophetic role — not always a popular one!

With God, all is possible