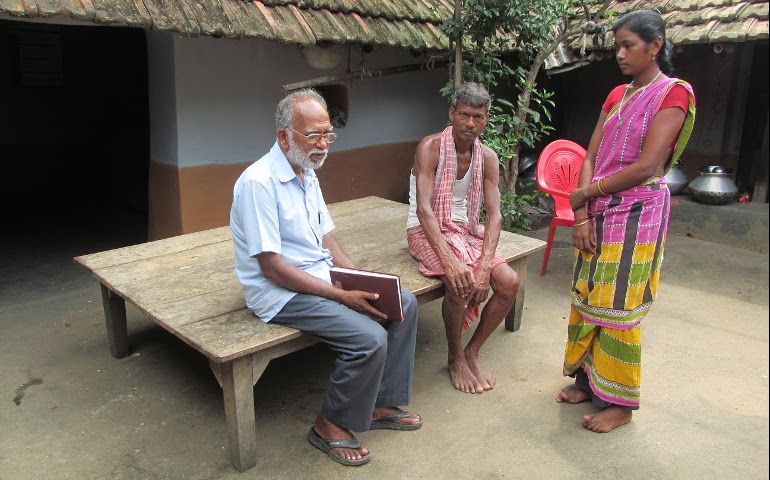 Five years ago Sr. Valsa John Malamel was killed in a remote eastern Indian village. The tribal people among whom she had worked say they feel orphaned even now.

"We are in a miserable condition as there is no one now to help us," says Sonia Dehri, who was associated with the slain nun's efforts to protect the land and rights of tribal people in Jharkhand state from heavy coal-mining interests.

Malamel, a member of the Sisters of Charity of Jesus and Mary congregation, was hacked to death by a throng of men at about 11 p.m. on November 15, 2011, inside her small hut in Pachwara village in the center of the Santhali tribal region. She was 53.

Malamel had drawn anger for spearheading a public movement against the PANEM Coal Mines Ltd. project, which displaced thousands of Santhal tribal families in Pachwara and its surrounding villages, Dehri says. The nun had worked to restore the rights and dignity of illiterate villagers in 15 years of struggle, he adds.

Malamel's struggle and murder drew worldwide media attention. Her story has become a touchstone for the impact of mining in eastern India where illiterate tribal people without means join the "mining mafia" that takes payments from mining companies to counter protests and engages in a black market for coal.

Prophets for the environment bring our experiences to the EPA