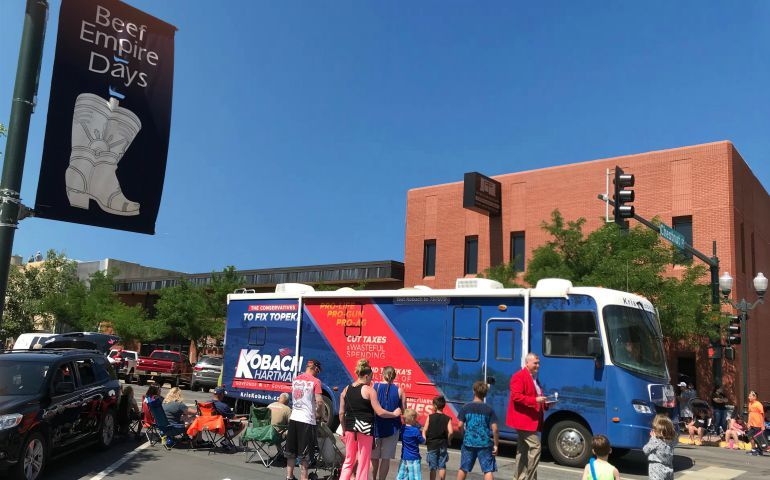 Garden City, Kansas — Editor's note: Global Sisters Report is bringing a sharper focus to the plight of refugees through this special series, Seeking Refuge, which will follow the journeys refugees make. For more GSR coverage on migration around the world, click here.

For months, Dominican Sister of Peace Janice Thome has been thinking about what she'll do when the Garden City, Kansas, location of the International Rescue Committee closes this September.

For four years, the local IRC office has been a valued resource for the many refugees who end up in the small Midwestern meatpacking town. It's been a hub where newly resettled refugees could could find things like education and food and housing assistance. But come September, it will be one of dozens of casualties of President Donald Trump's new policies aimed at stifling refugee resettlement in the United States.

Last year, the Trump administration capped the number of refugees allowed to resettle in the United States at 45,000, the lowest number since the White House began capping admissions in 1980. Then, in February 2018, the State Department told agencies that any locations resettling fewer than 100 refugees per year — like the Garden City IRC office — would need to downsize or close.

In shuttering resettlement agencies, the Trump administration is echoing a political ethos that first began brewing in Kansas. In 2015, Republican Sam Brownback, then governor of Kansas, signed an executive order prohibiting state agencies — and any organization receiving grant money from the state — from helping Syrian refugees build their lives in Kansas.

I was a stranger, and you took my child from me