Rwandan sister, killed in Yemen, cared for people since she was a teenager 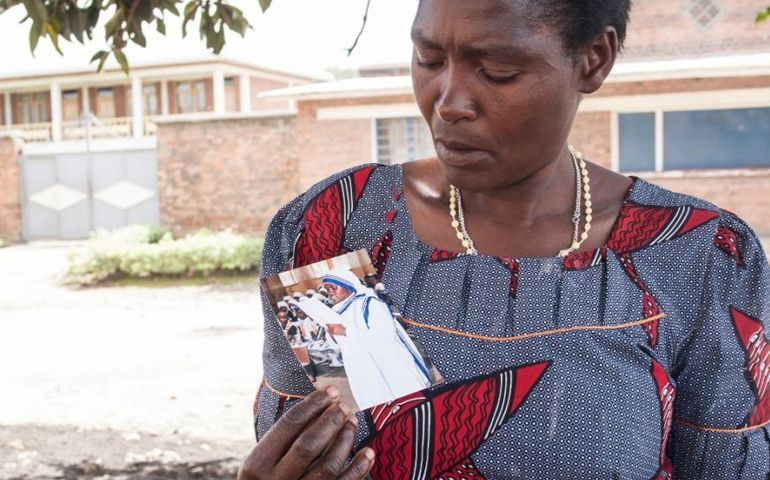 Sister Reginette's mother holds a photo of her daughter, whom she had tried to convince to return home. (GSR/Lilian Muendo)

Kigali, Rwanda — Nsengiyomva Antheri and Nzamukunda Regine sacrificed all they had to ensure their oldest child, Valentine, received the best education to secure government employment as a teacher. Therefore, her decision to become a nun after college was a big disappointment.

However, they had no choice but to accept her decision after efforts to talk her out of it bore no fruit.

Months after Valentine joined the Missionaries of Charity and became Sister Reginette, Antheri received a letter from the government with a job offer for his daughter, and he traveled to the convent to convince her to come home and take up the teaching job. She turned down the offer and insisted that her mind was already made up on becoming a nun.

"When I received news of her death in Yemen, I was shattered and wished she had listened to me and taken up the teaching job," Antheri said. "She wouldn't be dead today."

Sister Reginette was among four Missionaries of Charity sisters killed March 4 by gunmen who attacked their retirement center in Aden, Yemen. She was 33.

People | Rwandan sister, killed in Yemen, cared for people since she was a teenager