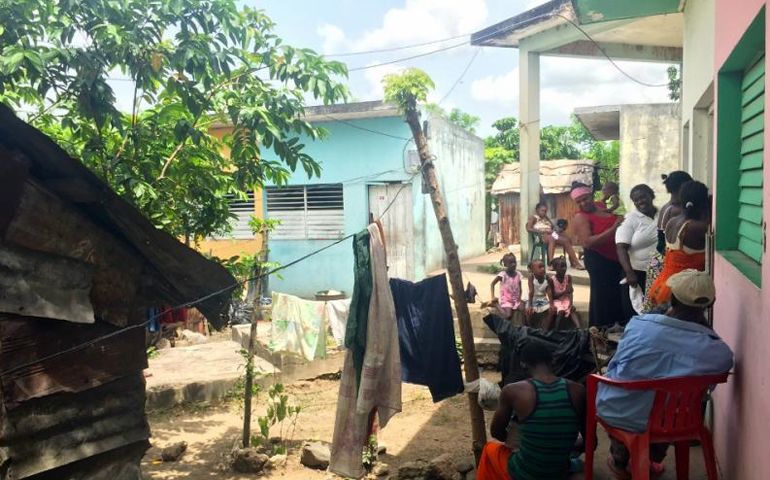 Residents of the Cambalache bateye in Consuelo, Dominican Republic, line up for health screenings. (GSR/Soli Salgado)

The 45-minute trip began with a prayer, as the minivan drove through dirt roads lined with walls of sugarcane. As shacks began to replace crops outside the car windows, the driver turned the sirens on; its effect resembling an ice cream truck as crowds of children came running out to greet the team, leading them into the small empty building to set up a makeshift clinic.

About 50 people in this bateye, Paloma, get monthly health screenings from the program Medicines for Humanity. Without it, preventable diseases could easily claim their lives.

Medicines for Humanity is a nonprofit dedicated to saving children's lives through proper medical care in impoverished regions around the globe, including Cameroon, Dominican Republic, Guatemala, Guyana, Haiti, Kenya, Rwanda and Sudan. Though five regions are covered in the Dominican Republic, sisters are integral to the teams that travel to two bateyes: Daughters of Charity in Quisqueya, and the Grey Sisters of Immaculate Conception in Consuelo.

Sr. Carol Keehan to retire as head of Catholic Health Association next June

Churches wipe out millions in medical debt for others