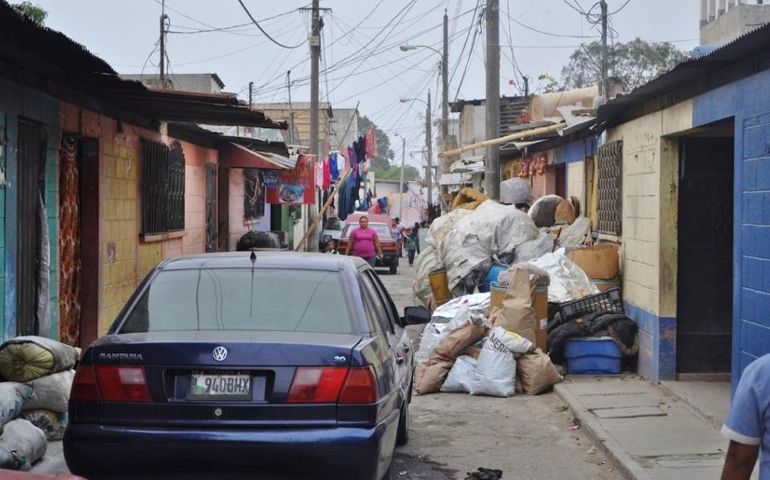 One of the alleys in the barrio where the students live near a largest landfill in Central America. (GSR/J. Malcolm Garcia)

Guatemala City, Guatemala — Global Sisters Report is publishing a special series about how trash is managed in the world and how sisters are helping people affected by landfills. We start this project to mark the one-year anniversary of Pope Francis' encyclical, Laudato Si', about climate change, pollution and waste, which warns that: "The Earth, our home, is beginning to look more and more like an immense pile of filth."

The sisters who teach at the Francisco Coll School know all too well the difficulties their students confront daily.

The students live in a barrio near a massive garbage dump not far from the school and less than a half-hour drive from the posh tourist attractions of downtown. The children suffer from malnutrition, they suffer at the hands of drug-addicted parents and gangs, they suffer from toxic pollutants released into the air from the dump. And sometimes, the very thing they lean on for survival -- the 40-acre dump and its mounds of plastic, glass and cardboard that can be sold to recycling centers -- threatens them, too.

On April 28, at least four people died after a mountain of trash collapsed on men, women and children -- known as "guajeros" (garbage pickers) -- who had been scavenging for recyclable material to sell. About 10 people were taken for medical treatment after the collapse. A garbage truck was also buried. Twenty-six people are still listed as missing and presumed dead.