SOA Watch focuses on the same message through a new lens 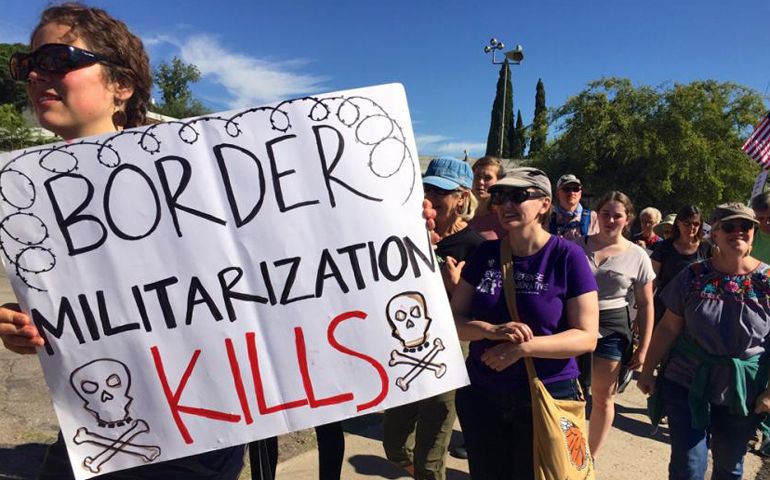 This year's SOA Watch protest shifted its attention to protesting harmful U.S. policies abroad and the militarization of the border. (GSR/Soli Salgado)

He wasn't attempting to cross the border fence that separates his city from Nogales, Ariz. Reports say he was throwing rocks at border agents on the United States side to distract them from two men climbing the fence from Mexico into Arizona.

On the weekend of the fourth anniversary of his murder, the site of his death drew a crowd of more than 1,000 people on either side of the 18-foot steel fence at SOA Watch's annual rally Oct. 8-10. SOA Watch is an organization that for 27 years has protested the School of the Americas (now the Western Hemisphere Institute for Security Cooperation, or WHINSEC), a U.S. Army school that SOA Watch says has trained Latin American soldiers in techniques of violent repression.

| SOA Watch focuses on the same message through a new lens