Spanish sister killed in Haiti described as 'energetic, enterprising, a woman of vision' 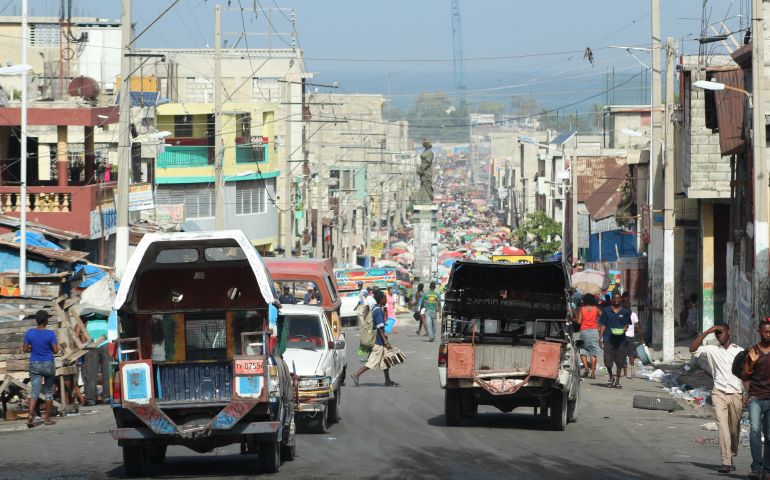 A view down the street toward the Bel Air area of Port-au-Prince where Sr. Isabel Solá Matas was shot and killed. (GSR photo/Chris Herlinger)

Port-au-Prince, Haiti — On September 2, Sr. Isabel Solá Matas left a bank in the Haitian capital of Port-au-Prince with money in her purse.

Although accounts differ on where Solá, 51, was headed, the Spanish member of the Congregation of the Religious of Jesus and Mary may have been going to the prosthetics center she founded for people who lost limbs in Haiti's devastating 2010 earthquake.

Solá never got there. The aging white SUV that Solá was driving got stuck in traffic, authorities said. Though there are varying accounts of what happened next, two men approached the vehicle. At least one of the men shot Solá and a passenger in the front seat. The men took Solá's purse and fled.

Solá died instantly. The passenger, a woman, was wounded and taken to the hospital.

| Spanish sister killed in Haiti described as 'energetic, enterprising, a woman of vision'

Restorative justice has a name, face and heart in East LA