Sr. Carol Keehan to retire as head of Catholic Health Association next June 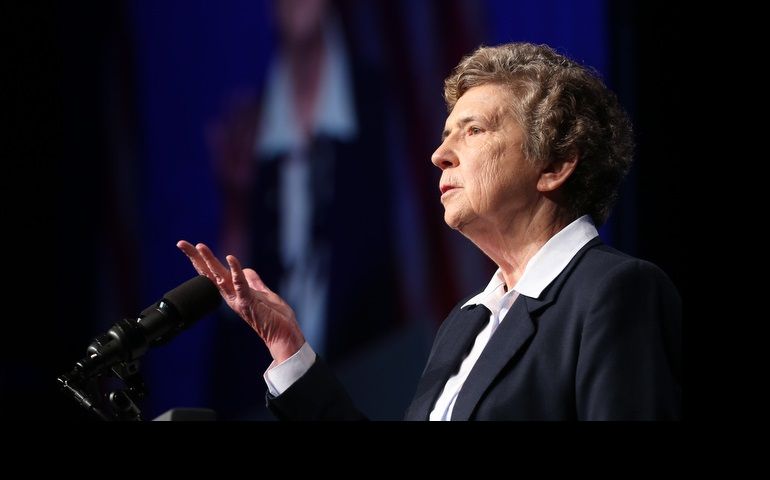 Sr. Carol Keehan, a Daughter of Charity, who is president and CEO of the Catholic Health Association, announced Oct. 30 she is retiring, effective June 30, 2019. She is pictured speaking in 2015 at CHA's annual assembly in Washington. (CNS/Bob Roller)

Washington — Sr. Carol Keehan, a Daughter of Charity, has announced her retirement as president and CEO of the Catholic Health Association of the United States, effective June 30, 2019.

Named to the post in 2005, Keehan said in an Oct. 30 statement that it has been "an incredible privilege" to head the national leadership organization of the nation's Catholic health ministry.

"The opportunity to get to know the entire Catholic health ministry across our nation and work with the wonderful staff at CHA and our committed board was an honor for me," she said. "It is an inspiration to see the genuine commitment of the members of the Catholic health ministry in the United States to providing people with the health care they need, not just the health care they can afford."

"The efforts to do this as a ministry of the church, both in our daily actions as well as in raising a voice for them in the public square, characterizes the members of CHA even in the most challenging times. Having been able to represent them in many forums is a privilege I will always treasure."